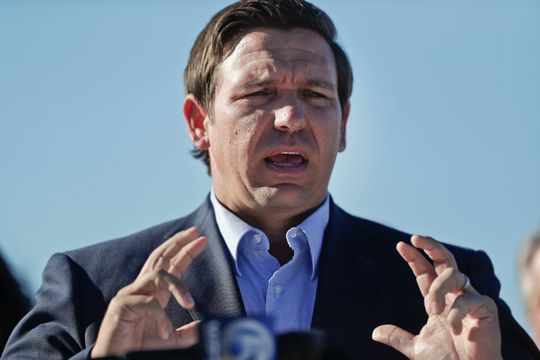 Gov. Ron DeSantis said Thursday he supports Florida’s mail-in voting system but declined to address President Trump’s tweet suggesting a delay in the election because of his concerns that mass mail-in voting would lead to fraud.

“To just have ballots flying out there willy nilly, I do think that would be a mistake,” DeSantis said, but he did not answer a direct question about whether the election should be delayed.

DeSantis said he had not seen the president’s tweet because he was watching the launch of Mars rover from Cape Canaveral. “Did he say the election should be delayed?” he asked a reporter.

The president’s tweet reads: “With Universal Mail-In Voting (not Absentee Voting, which is good), 2020 will be the most INACCURATE & FRAUDULENT Election in history. It will be a great embarrassment to the USA. Delay the Election until people can properly, securely and safely vote???”