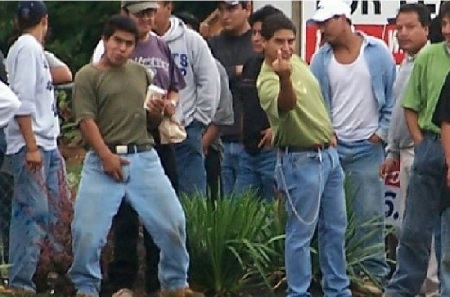 Unaccompanied children crossing the southern border into the United States still number in the thousands, probably the tens of thousands, even though the percentages are lower, Homeland Security Secretary Jeh Johnson told Congress on Thursday.

“For the kids, unaccompanied kids, it’s running about 40 percent lower,” Johnson said. “I hope it stays that way, but we have to be prepared in the event it doesn’t.”

Rep. Henry Cuellar (D-Texas) said he’s happy the percentages are down, but he pressed Johnson to give him the “total numbers.”

“Last year, 2014, the total number including the Mexican UACs (unaccompanied children), I believe, was 68,000,” Johnson replied. “If you take out the — and I’m doing this from memory now. If you take out the Mexican children, I believe the total number was about 58,000. I suspect, if it stays at the current rate, will come in at around 40 percent, 60 percent of 68,000, whatever that number is.”