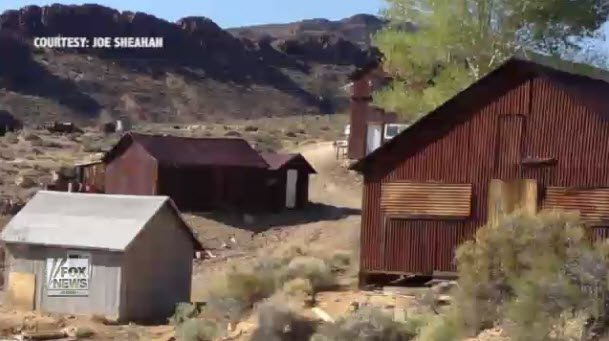 Joe Sheahan is in the fight of his life to save his family’s Nevada mine from being swallowed up by the federal government’s mysterious Area 51.

Technically, Sheahan’s family no longer even holds title to Groom Mine, which it owned for 130 years. The federal government took the deed through eminent domain after first offering the Sheahans $333,300, a price family lawyer James Leavitt called “embarrassingly low.” The family is fighting back in federal court, but if the Sheahans and Uncle Sam can’t agree on a value, it could wind up before a jury.

Possibly more interesting is what the federal government wants with a parched stretch of rural Nevada desert and an old mine that hasn’t been active in decades. The area is known for two of the feds’ most closely guarded secrets: nuclear testing and UFOs.

So far, the family has not been paid for the land. Initially, the family was sued by the federal government in September of 2015 in a complaint case of eminent domain. A few days later the government then filed a motion to take the over the property. Now, Appraisal reports are being exchanged in the discovery phase of the litigation. If the parties cannot reach a sufficient value for the land, the Sheahans are prepared to fight it in a jury trial.