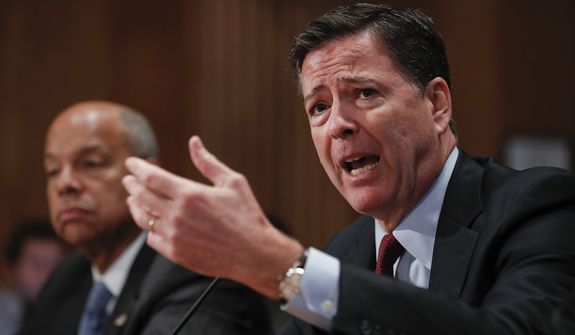 FBI Director James Comey said he’s not going to reopen the investigation into Hillary Clinton’s emails, telling Congress on Wednesday that none of the recent revelations since he closed the case in July “would come near” to triggering that extraordinary step.

He also refused to say if he’s investigating whether Mrs. Clinton lied in her testimony to Congress about her emails — but said they have received referrals from Congress asking for a new probe.

Appearing before Congress for yet another marathon session, Mr. Comey was badgered by Republicans who said the more they see, the less they understand his decision to clear Mrs. Clinton of criminal wrongdoing in her mishandling of classified information.

The director in July said she did bungle top secret information, but said he couldn’t make charges stick because he couldn’t prove she was sophisticated enough to know the risks she was running, or even to understand the classification system in which she was a key player. And despite new revelations that one of her contractors said he was part of a “coverup operation,” Mr. Comey said nothing he’s seen leads him to question his original conclusions.

“I haven’t seen anything that would come near to that kind of situation,” he said. “I know there’s lots of questions, lots of controversy. I’m very proud of the way this was done.”