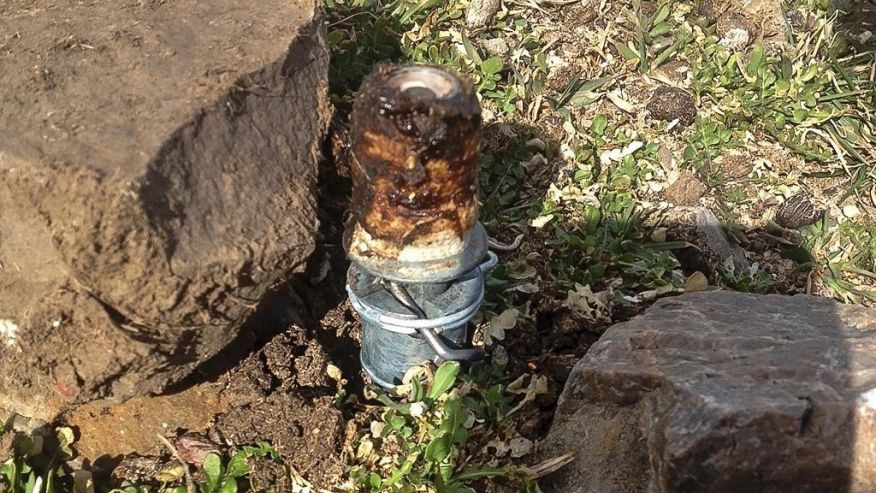 Nielsen says the boy was taken to a hospital to be tested for cyanide poisoning but was not seriously injured and was released. The dog, a 3-year-old Lab named Casey, died.