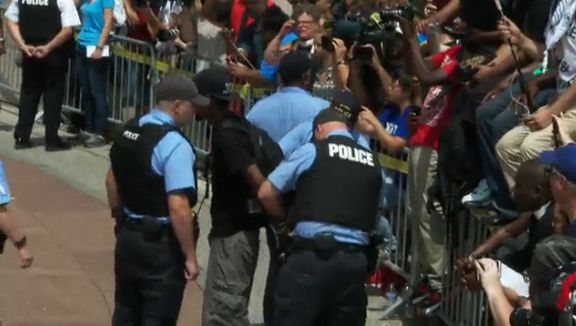 St. Louis County authorities declared a state of emergency Monday and more than 100 people were arrested on the second day of protests marking a year since a police officer killed Ferguson, Missouri, teen Michael Brown.

The move was announced by County Executive Steve Stenger, who cited the violence that marred protests Sunday night in Ferguson.

“The recent acts of violence will not be tolerated in a community that has worked so tirelessly over the last year to rebuild and become stronger,” Stenger said in a statement.