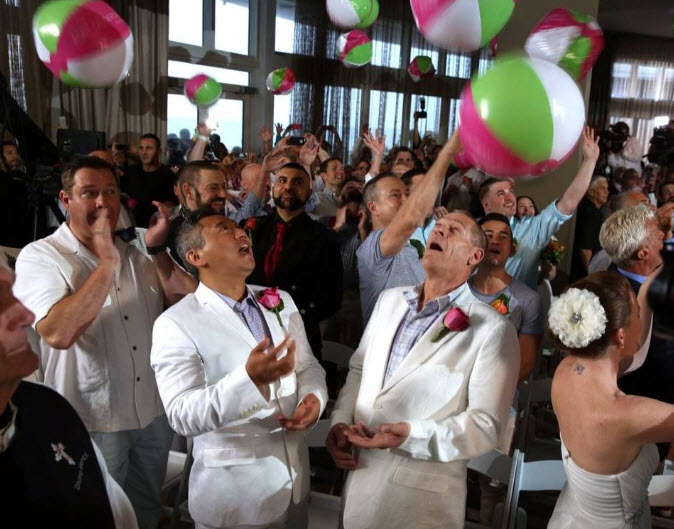 Religious liberty and LGBT rights clashed Tuesday in the Florida Senate as lawmakers gave the first nod of approval to allowing religious groups to deny weddings to same-sex couples but put off a vote on anti-discrimination protections for sexual orientation and gender identity.

In the first hearing for the Pastor Protection Act (SB 110), the Senate Judiciary Committee approved the legislation by a 7-3 vote after an hour of debate. The bill would protect clergy and churches from prosecution and lawsuits if they turn away gay couples who want to marry.

It’s a concern for pastors who fear they could be sued, said bill sponsor Sen. Aaron Bean, R-Fernandina Beach. That was the issue raised by dozens of clergy and religious activists who came to Tallahassee to argue for the bill.