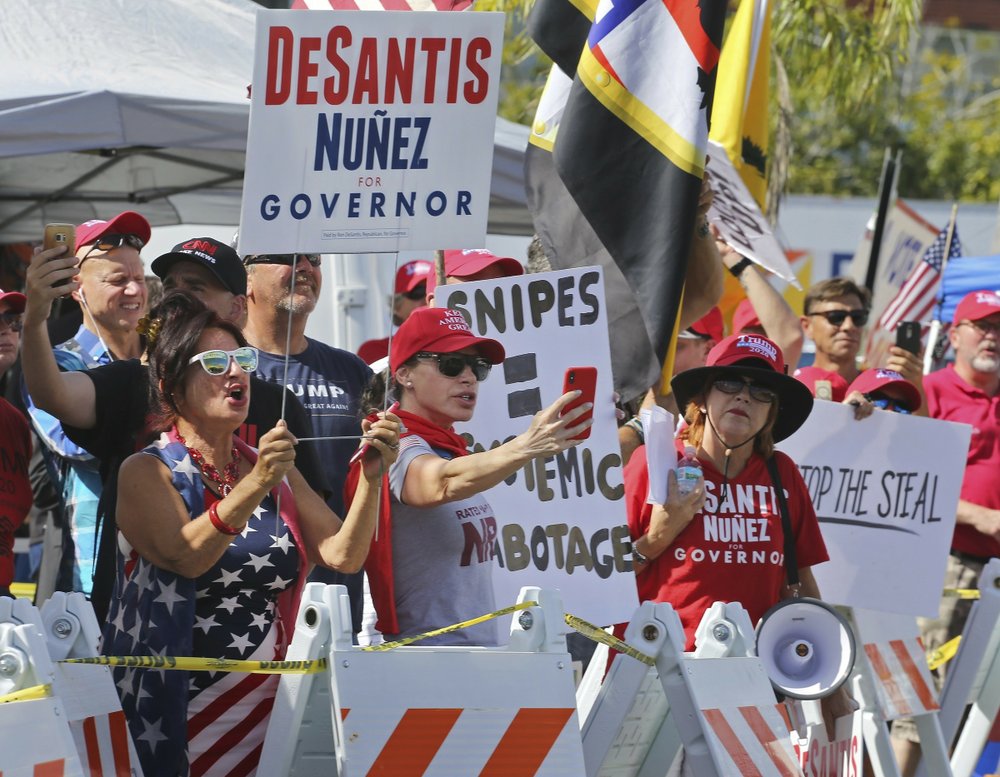 FORT LAUDERDALE, Fla. (AP) — Mishaps, protests and litigation dominated Florida’s first day of recounting the vote for pivotal races for governor and Senate, bringing back memories of the 2000 presidential fiasco.

Much of the drama on Sunday centered on Broward and Palm Beach counties, home to large concentrations of Democratic voters.

In Broward County, the recount was delayed for several hours Sunday morning because of a problem with one of the tabulation machines. That prompted the Republican Party to slam Broward’s supervisor of elections, Brenda Snipes, for “incompetence and gross mismanagement.”

Broward officials faced further headaches after they acknowledged the county mistakenly counted 22 absentee ballots that had been rejected. The problem seemed impossible to fix because the dismissed ballots were mixed in with 205 legal ballots and Snipes said it would be unfair to throw out all of those votes.