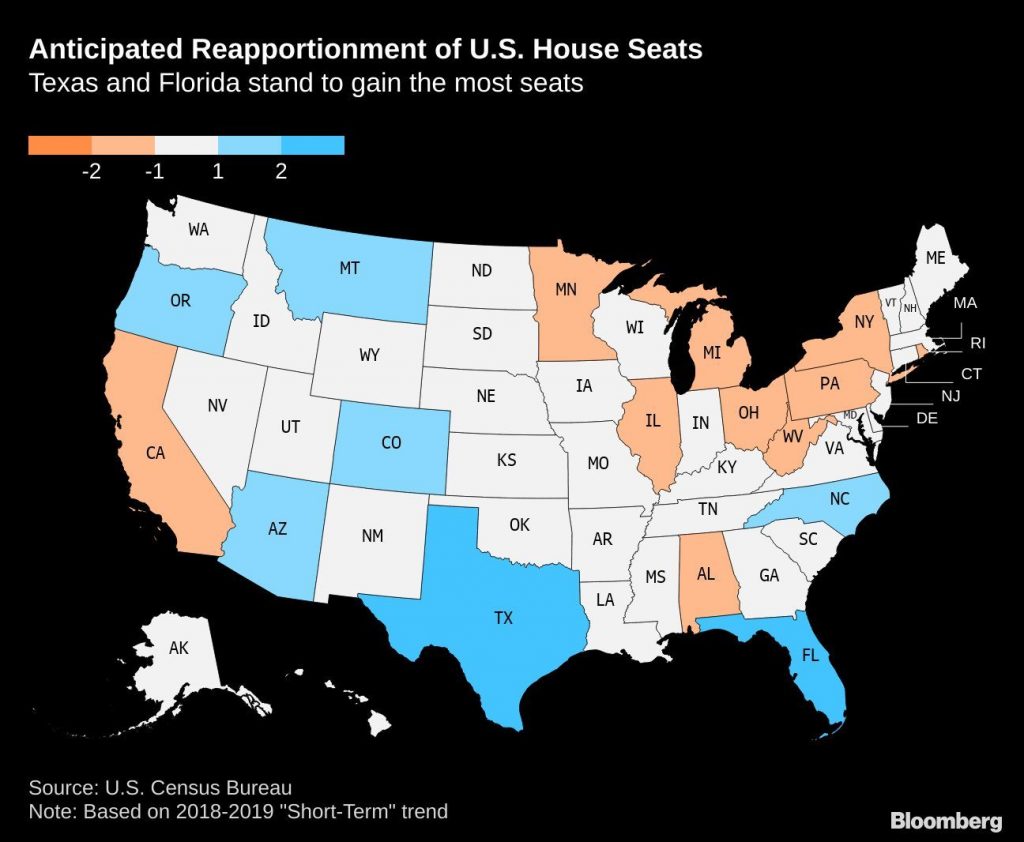 (Bloomberg) — Florida is expected to control more seats in the U.S. Congress than New York after April’s decennial census, according to a study by Election Data Services Inc.

New York and California are projected to each lose a U.S. congressional seat due to population declines, while Texas and Florida, which are attracting more residents, will be among the biggest winners.

Since the census is just four months away, “we are now at a place where the rubber meets the road,” said Kimball Brace, president of Election Data Services Inc., a political consulting firm specializing in redistricting and analysis of U.S. Census Bureau data. Population projections could still change which states are affected by the estimates, he added.

In all, 15 states may be affected by the once-a-decade congressional reapportionment, according to the estimates, which are based on newly available U.S. Census population data and projected forward to 2020. Arizona, Colorado, Montana, North Carolina, and Oregon are each expected to gain a single seat while Florida would gain two and Texas three.