by By Gabriella Borter | Reuters
September 4, 2019 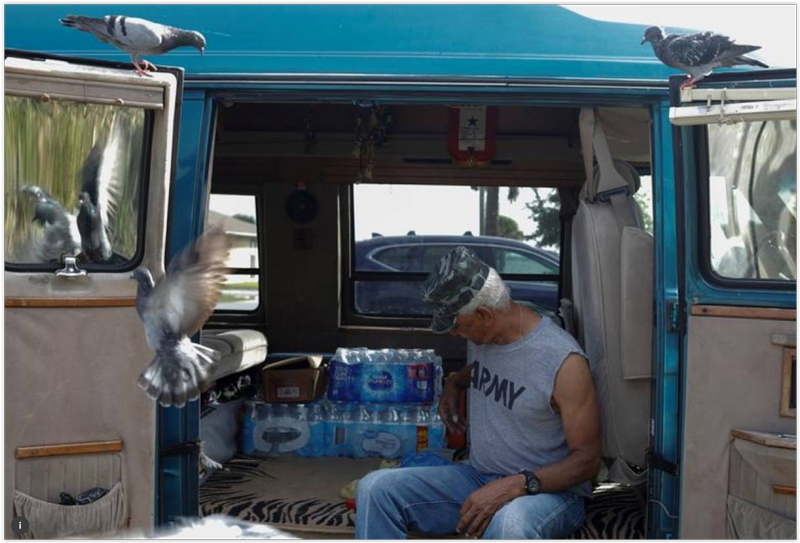 TITUSVILLE, Fla., Sept 3 (Reuters) – Scott Renfroe was smoking cigarettes with his wife at the end of a dock in Titusville, Florida, on Tuesday morning, where he had come to see if Hurricane Dorian had brought the powerful wind gusts and rip currents that meteorologists have warned about for days.

The water was high but not too rough, and there was not a raindrop to be felt, despite nearly a week of warnings that had Renfroe and his neighbors boarding up their homes and stockpiling food as one of the most powerful hurricanes on record devastated the Bahamas and threatened Florida.

As Dorian’s winds eased on Tuesday — to what forecasters warned was a still-powerful Category 2 storm — some public safety officials worried that the long wait could lead to a sense of complacency along the storm’s projected path.

“It’s an emotional roller coaster when you don’t know what’s going on and you don’t know when it’s coming,” said Renfroe, a 43-year-old road technician. “It went from being a really elevated, kind of antsy scared moment to being able to relax a little more, but at the same time just wanting it to go through so we could go back to our normal lives.”

Dorian battered the Abaco Islands and the northern Bahamas on Sunday and Monday, packing 185 mile-per-hour (295 km-per-hour) winds for hours and killing at least five people as it inundated cities and destroyed as many as 13,000 homes, according to the International Federation of Red Cross and Red Crescent Societies.

The hurricane grew and picked up speed on Tuesday, moving at about 2 mph (3.2 kph) on its northwest track about 105 miles (165 km) off of Florida’s east coast.

“The headline for this #Dorian advisory is NOT that the wind speed has slightly decreased,” it said on Twitter. “The combined wind, surge, and floods hazards are the same or even worse since the hurricane has become larger.”

‘PEOPLE SHOULDN’T LET THEIR GUARD DOWN’

Rodney Mills, a 71-year-old retired tractor-trailer driver and Vietnam War veteran, had shrugged off the mandatory evacuation order in Brevard County and was calmly feeding pigeons in a waterfront park in Titusville on Tuesday.

Florida County emergency officials said they were worried that people may be more likely to ignore storm warnings in the future because the warnings for Dorian have lasted days without realization.

“People shouldn’t let their guard down yet. It always can change its track,” said Tod Goodyear, a spokesman for the sheriff’s office in Brevard County. “The problem you sometimes come into is the complacency for the next one.”

As excruciating as the uncertainty surrounding Dorian’s movement has been, Clay Inghram, a 35-year-old resident of Titusville who makes a living skinning alligators said the warnings can never be too strong.

“It’s given us plenty of time to prepare,” said Inghram. “We always have a little bunker bag. If it doesn’t hit us, we’ll have it for the next one.”