Florida’s New Governor Redefines What It Means To Be A Trump Republican 4:25 DOWNLOAD TRANSCRIPT 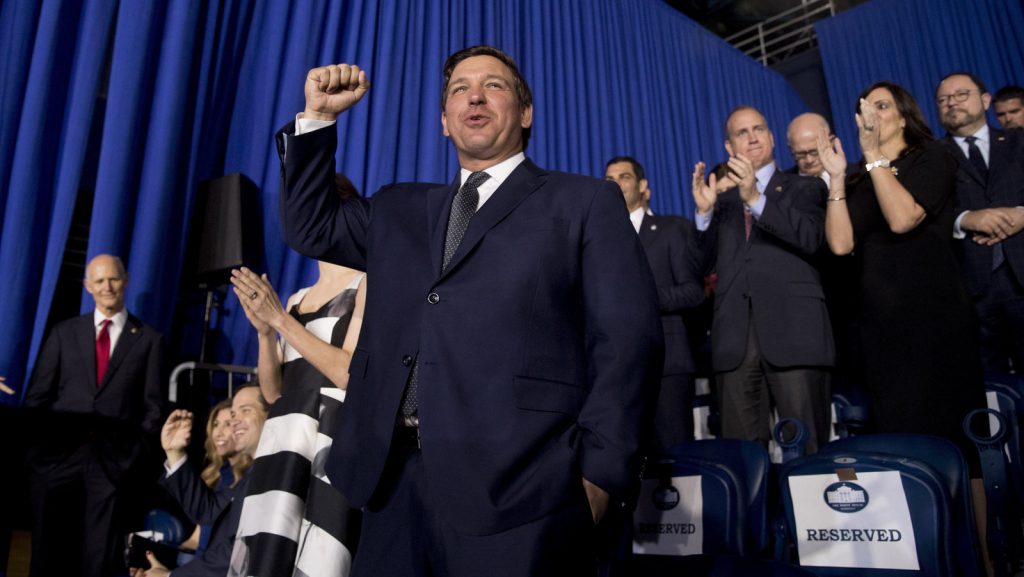 In Florida, two months into the job, Florida’s new governor is showing what it means to be a Trump conservative, Florida-style.

Ron DeSantis was elected governor after narrowly defeating Tallahassee’s Democratic mayor Andrew Gillum. It was a hard fought contest that went to a recount. But as he took office, DeSantis said he planned to be the governor for all Floridians, including those who didn’t vote for him. “If someone is on the other side of a political issue from me,” DeSantis told reporters, “It doesn’t mean you’re not somebody I want to work with. It doesn’t mean you’re not somebody who’s a good Floridian. ”

When he entered the race last year, DeSantis wasn’t well-known statewide. A congressman from the Daytona area, he went on to win the primary and the general election in large part because of President Trump. The President endorsed DeSantis and campaigned for him. Capitalizing on that, DeSantis ran an ad in which he used cardboard bricks to help his toddler daughter “build the wall” and read to his infant son from Trump’s The Art of the Deal.

In his first weeks, DeSantis made clear that he’ll be a different governor from his Republican predecessor, Rick Scott, who’s now serving in the U.S. Senate. He cancelled the appointments of more than 200 people named to boards and commissions by Scott in his closing days as governor. He named a Democrat to lead the state’s emergency management agency, a critical position in a hurricane-prone state.