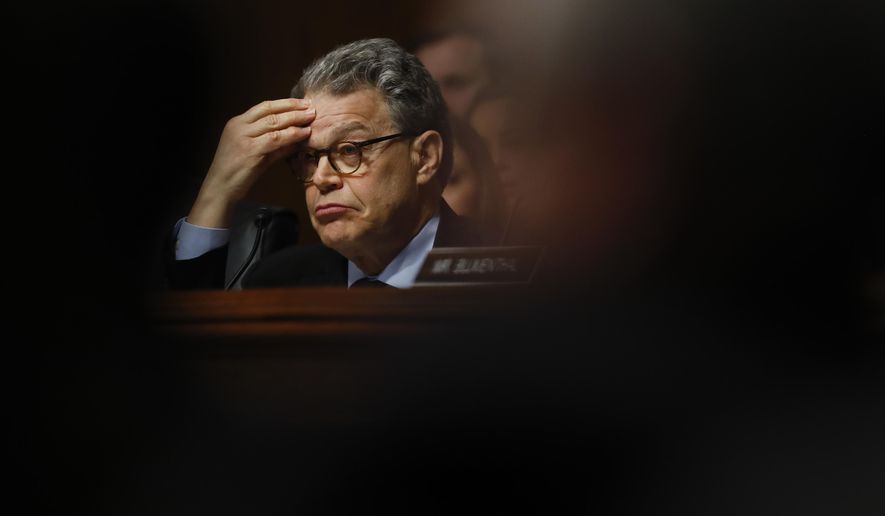 The Minnesota Republican Party moved to link Mr. Franken to Rep. Tim Walz, a leading candidate for the gubernatorial nod of the Democratic-Farmer-Labor Party next year, faulting him for refusing to return $54,000 in Franken campaign donations made over the last decade.

“Tim Walz is standing by Al Franken, keeping his campaign cash and refusing to call on him to resign,” said the Minnesota GOP in a statement. “This comes as other high-profile Democrats have already promised to return the Franken campaign cash.”