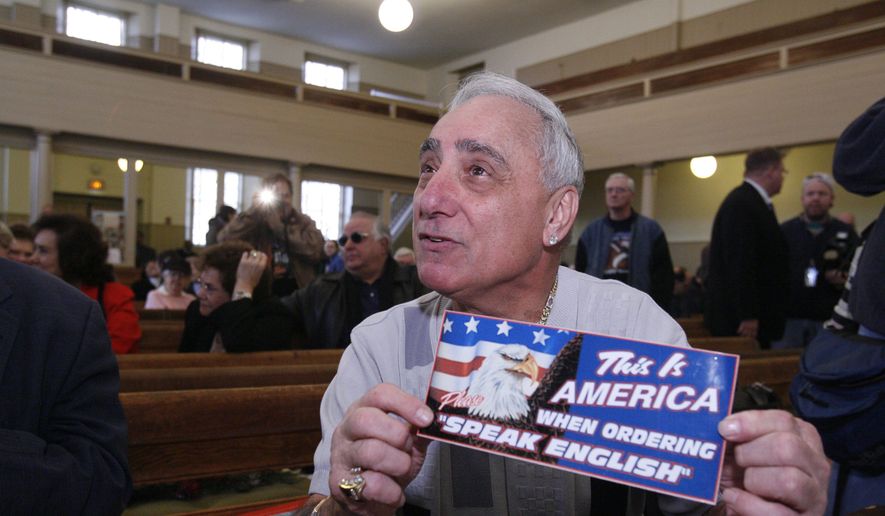 Late Geno’s owner Joey Vento conveyed his concerns over U.S. immigration policy 10 years ago by requiring patrons to order their meals in English. A media blitz followed, and when the man died his son honored his wish — until now — to keep the sign in place.

“It’s not about a sign. It’s about what you do and what your mark in life is, and Geno wants to change that mark in life,” the iconic eatery said in a statement released Thursday, Fox News Latino reported Friday.

Mr. Vento’s son, Geno, said it was “time to move on from the sign.”