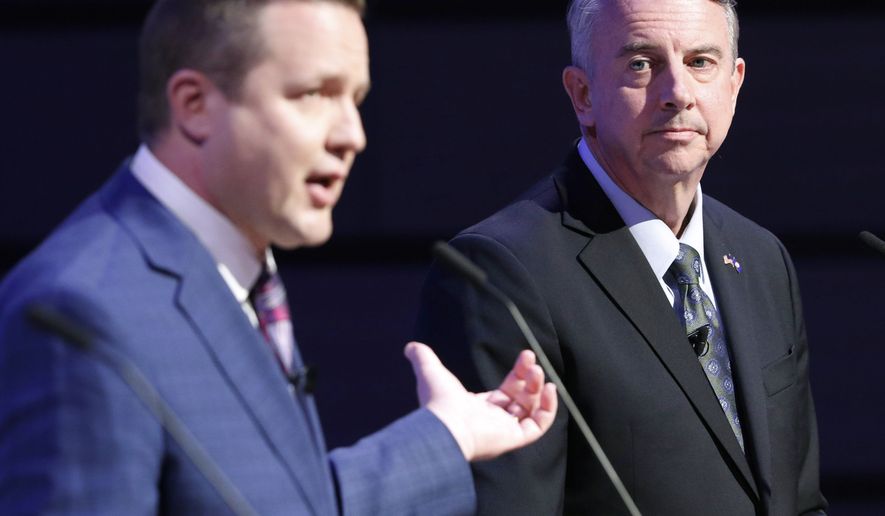 Virginia gubernatorial candidate Ed Gillespie’s Republican rivals on Thursday tried to cast the GOP front-runner as a Washington insider and member of the party establishment as Mr. Gillespie, Corey Stewart, and Frank Wagner squared off at a GOP debate held at Liberty University in Lynchburg, Va.

Mr. Stewart, chairman of the Prince William County Board of Supervisors, referred to Mr. Gillespie as a “30-year lobbyist from Washington, D.C.” and called his tax plan a “charade,” saying it relies on unspecified revenues that can’t be counted on to come to fruition.

“And just like the person who endorsed him, our former Governor [Bob] McDonnell, and he said he was going to decrease taxes, but we know what the establishment does,” Mr. Stewart said. “They simply go in there and then they say well, sorry, we can’t do it, and they’re going to increase taxes.”