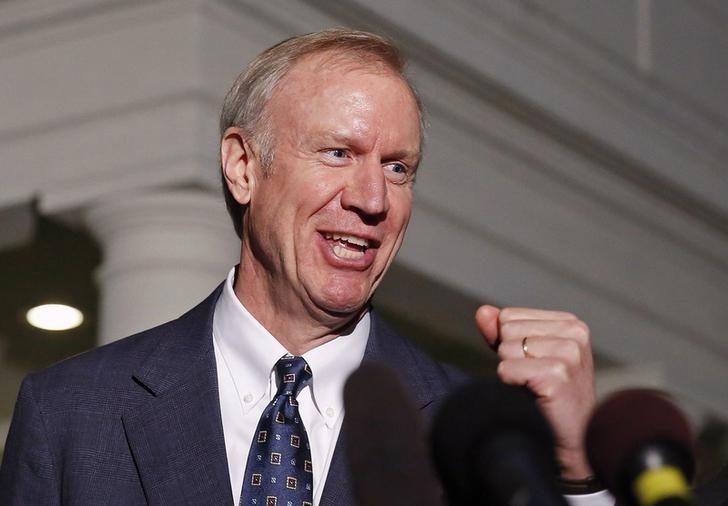 Republican Gov. Bruce Rauner is launching a new TV ad on Tuesday that’s provocative for its use of a bleeped-out profanity to describe the future of Illinois if Democratic challenger J.B. Pritzker wins and serves in government alongside House Speaker Michael Madigan.

The scene is a wedding ceremony with look-alikes for Pritzker and Madigan standing in front of an officiant who gives them their vows.

“Repeat after me,” the officiant says. “I, Mike Madigan, take you, J.B. Pritzker, as my unlawful partner in destruction, to raise property taxes, corrupt government and bankrupt Illinois’
future.”