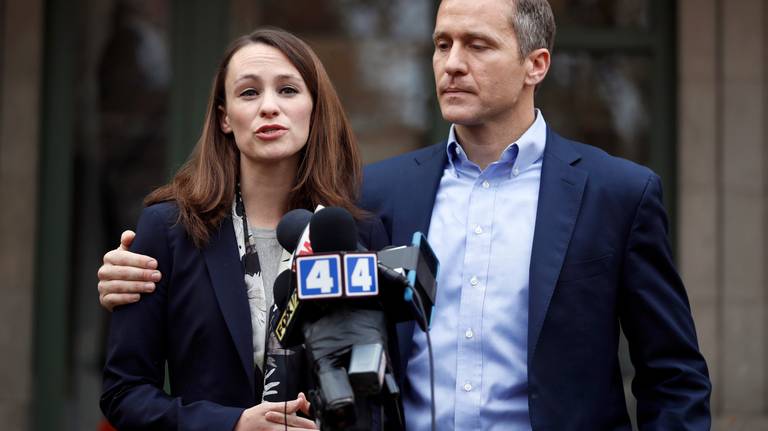 Gov. Eric Greitens was indicted Thursday afternoon by a St. Louis grand jury on a felony charge of invasion of privacy.

The charge stems from a 2015 affair and allegations that he threatened to release a nude photograph of the woman, taken while she was blindfolded and her hands were bound, if she ever spoke publicly about the affair.

St. Louis Circuit Attorney Kim Gardner launched a criminal investigation of the allegations last month shortly after they become public. The indictment accuses Greitens of not only knowingly photographing the woman with whom he had an affair, but also transmitting the image “in a manner that allowed access to that image via a computer.”

After news of the indictment broke, Greitens was seen being led down a hallway in the local courthouse by several St. Louis city deputies, the St. Louis Post-Dispatch reported.