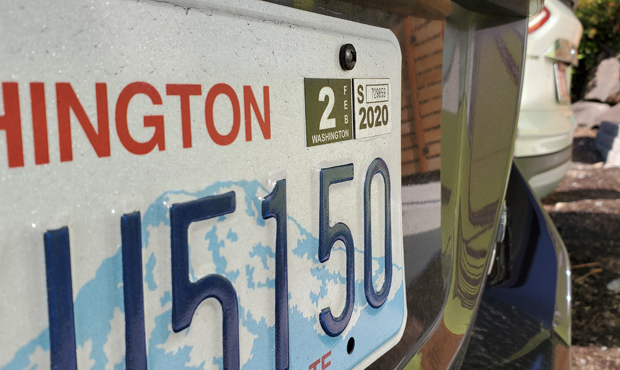 That could be positive news for many voters in the state as it means car tab fees may end up being reduced after all, just not from Tim Eyman’s voter initiative.

“I do believe that we ought to look at options to reform that system, answer the frustration of people in Washington, and at the same time find a way to replace that financial source that keeps our transportation system running,” Inslee said.

Last week, the state Supreme Court struck down voter initiative I-976, which aimed to reduce car tab fees to $30. It was found to be unconstitutional for violating the single subject rule and inaccurate ballot title. I-976 was approved in November 2019, with 53% of voters in favor of the measure.

However, Inslee said the initiative never would have actually brought $30 car tabs, even if it had been found to be constitutional. The governor described it as a “con job.”

If the cost of car tabs is to be reduced, Inslee made it clear that the state will need to find ways to replace the transportation funds that would be lost.

“People’s frustration is abundant, we ought to recognize that. I do believe we should be open to reforming the car tabs system,” he said.

“We need to do that in combination with a way to replace funds that would otherwise make it impossible for us to keep our bridges from falling in the river, and potholes taking over I-5, and keeping our buses running,” Inslee added.

Gov. Inslee expects reform to come up during the next legislative session.