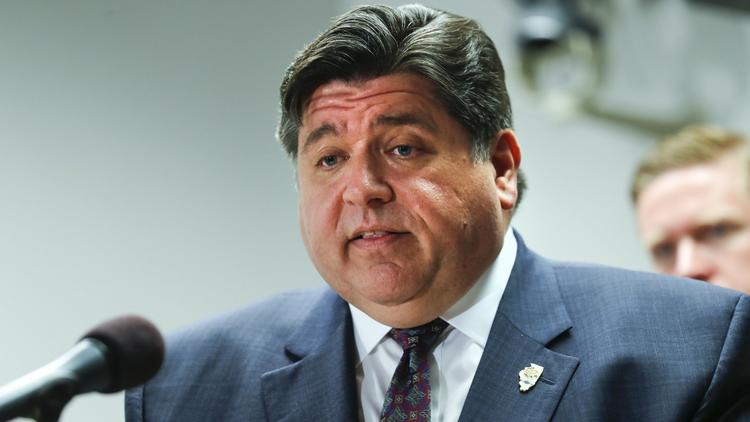 Saying he’s “nearly exhausted every avenue available” to slow the spread of the new coronavirus, Gov. J.B. Pritzker on Thursday announced a celebrity-filled promotional campaign to encourage Illinois residents to abide by his order to continue hunkering down at home throughout April.

The launch of “All in Illinois” — which features videos from notable people with Illinois connections such as actor and comedian Jane Lynch and three-time Olympic gold medalist Jackie Joyner-Kersee — came on the same day Pritzker announced the recently closed Westlake Hospital in west suburban Melrose Park will reopen as a facility dedicated to COVID-19 patients.

Plans call for 230 beds at Westlake, the fourth facility being readied to house coronavirus patients. The U.S. Army Corps of Engineers and the Illinois National Guard are setting up a 3,000-bed field hospital at McCormick Place, with the first 500 beds at the Chicago convention center are expected to be available Friday, Pritzker said.

The state also is setting up up a total of 500 beds at two other closed suburban hospitals: the former Advocate Sherman Hospital in Elgin and MetroSouth Medical Center in Blue Island. All the facilities are expected to be open by month’s end, Pritzker said.

The state also is working on a plan to open another “alternate care facility in central Illinois in the coming weeks,” the governor said, though he didn’t offer additional details.

While expanding hospital capacity is a key step in fighting a new virus for which there is no vaccine or known treatment, that alone won’t be enough, Pritzker said.

“We also must slow the spread of the virus,” he said Thursday at his daily news conference. “If we don’t, there could never be enough hospital capacity to treat all of those who would become ill. Our job — all of us in Illinois — our job is both to keep our health systems operating within capacity, and to keep our residents, especially our older and immunocompromised residents, safe.”

That’s where strict adherence to the stay-at-home order comes in, Pritzker said.

Nearly two weeks in, the death toll from COVID-19 in Illinois continues to swell, with state officials on Thursday announcing 16 more fatalities and 715 additional known cases.

There have now been 157 deaths related to COVID-19 statewide and 7,695 known cases. The ages of the patients range from younger than 1 year old to older than 100, according to the Illinois Department of Public Health.

Public Health Director Dr. Ngozi Ezike said the state is starting to see clusters of COVID-19 cases in “essential” businesses that are allowed to remain open during Pritzker’s stay-at-home order.

“Although these businesses need to continue operating, they must take steps to protect both the employees and the customers,” Ezike said, such as monitoring employees’ temperatures and cleaning businesses thoroughly each day.

With the holy seasons of Easter, Passover and Ramadan all approaching in the coming weeks, Ezike said the state is getting reports of religious congregations continuing to hold services, a practice she strongly discouraged.

“I understand the importance of communing with fellow believers, but let’s understand: Kids are home from school, people are home from work, schools and offices are closed. Religious houses have to do the same. We all must make the sacrifice. Then on the other side of this pandemic, we can gather at the mosque or the synagogue, the church.”

She added: “We must not continue putting people at risk. Please hold virtual services, whether by web or phone.”

Mayor Lori Lightfoot, at a separate event on Thursday, said she isn’t ready to close city parks yet, but that the city will monitor them for social-distancing compliance as temperatures warm.

“It is my expectation that people must comply,” Lightfoot said. “This isn’t a ‘pretty please, will you?’ This is a must.”

Pritzker announced the plan for Westlake Hospital just two days after telling reporters that using the hospital was complicated by an ongoing bankruptcy proceeding.

Westlake closed last year after its staff and community leaders spent months fighting the decision, in and outside of court.

Westlake filed for Chapter 7 bankruptcy in August. A bankruptcy judge granted a motion from the Illinois Emergency Management Agency on Wednesday, allowing it to move to take control of the hospital despite the bankruptcy proceedings.