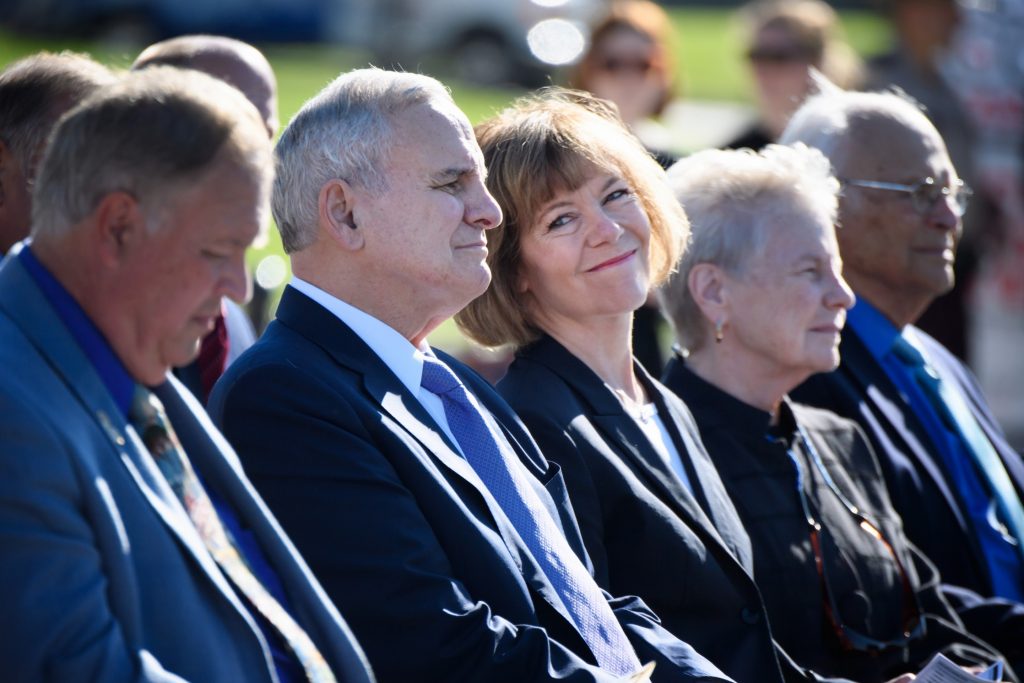 Minutes after U.S. Sen. Al Franken announced his resignation, Gov. Mark Dayton said he was not yet ready to announce his pick to fill Franken’s seat.

But the DFL governor said he planned to make his decision within days — and many at the state Capitol expect he’ll appoint Lt. Gov. Tina Smith. A high-ranking Democratic source told the Star Tribune on Wednesday that Smith, a close ally to Dayton and longtime DFL insider, is his likeliest choice to replace Franken. Under that scenario, Smith would serve as a temporary replacement who would not run for the seat in a November 2018 special election.

“Events have unfolded quickly; thus, I have not yet decided on my appointment to fill this upcoming vacancy,” Dayton said in a statement. “I expect to make and announce my decision in the next couple of days.”

The governor said he would not comment further on the selection until he formally announces his pick. If he does select Smith, her move to Washington, D.C., would prompt a cascade of shifts in state politics — and help set up Minnesota’s elections next year as among the most costly and closely watched in the nation.