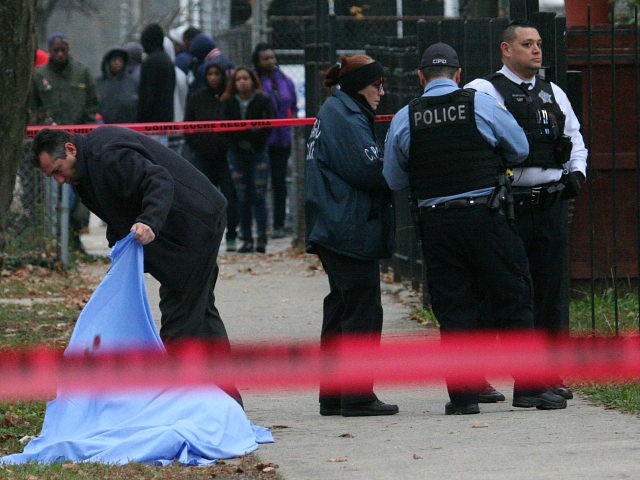 The surge in shootings that marked the early weeks of the new year continued, resulting in more than 300 people shot in the first 30 days of 2017.

The Chicago Tribune reports the number of shooting victims January 1 through January 30 is 302; this includes fatal and non-fatal shootings. The number of homicides alone is 54, which means the city has averaged 1.8 killings a day every day this year.

This news follows the grim report that gun-controlled Chicago had nearly 4,400 shootings and almost 800 murders.

During a January 25 interview with ABC News, President Trump described gun-controlled Chicago as a “war zone.” He also took to Twitter to make clear he is sending in the feds if city leaders fail to rein in the “carnage”