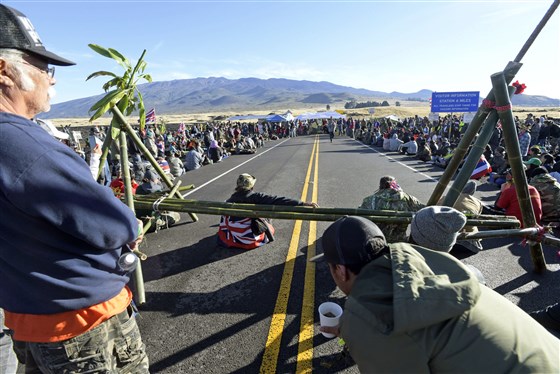 HONOLULU — Hawaii’s governor on Tuesday rescinded an emergency proclamation put in place to deal with native Hawaiian protesters who are blocking a road to prevent the construction of a giant telescope at a mountain summit they consider sacred.

Gov. David Ige said there were no immediate plans to move heavy equipment to Mauna Kea’s summit. He also noted two hurricanes were approaching that could affect the protest area and the rest of the state.

Hurricane Erick, approaching from the east, is forecast to pass south of the Big Island later this week. Following right after is Hurricane Flossie, which appears on track to come close to the islands early next week.

“For the safety of all involved, we want to de-escalate activities,” Ige said at a news conference.