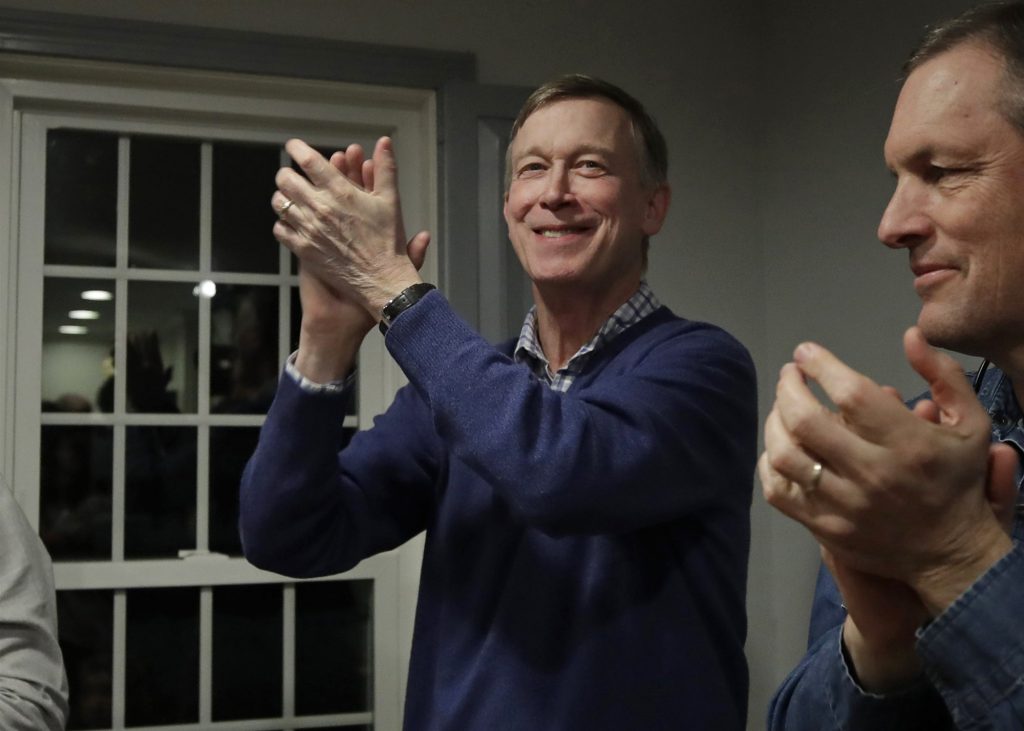 WASHINGTON — Former Colorado Gov. John Hickenlooper is expected on Thursday to end a presidential campaign that never got off the ground and instead announce that he is seriously considering a run against Republican Sen. Cory Gardner, according to two people familiar with his plans.
A quirky businessman-turned-politician who failed to stand out in the crowded Democratic presidential primary field, Hickenlooper would be an immediate front-runner in another crowded field of Democratic Senate hopefuls eager to challenge Gardner, one of the most vulnerable GOP incumbents seeking reelection next year in a state where President Trump is deeply unpopular.

For months as Hickenlooper struggled to gain traction and raise money as a presidential candidate, he batted away questions about why he was running for president instead of challenging Gardner, saying at one point that he is “not cut out to be” a U.S. senator and repeatedly insisting that his skill set as an executive was a poor fit for a more deliberative role in Congress.

That line would no doubt be used against him should he run, although he is still considered an obvious front-runner in one of next year’s most competitive and important Senate contests.