‘Hillary for Prison’ signs keep getting stolen in the Hamptons 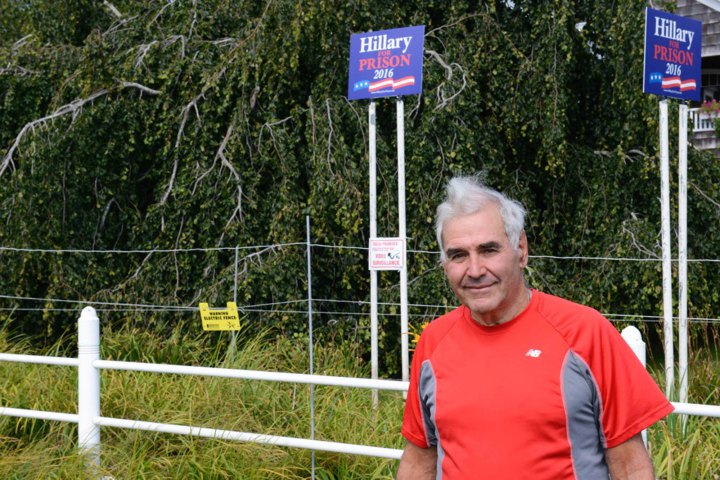 This Hamptonite wants Hillary Rodham Clinton behind bars — and had to put his signs saying so behind an electric fence.

Andy Sabin’s first “Hillary for Prison 2016” signs lasted little more than a day before they were stolen from in front of his Amagansett home last week. So Sabin took steps to make sure the placards were secure.

The red, blue and white signs now sit atop a pair of 12-foot poles behind an electric fence with yellow warning signs. A surveillance camera keeps watch.