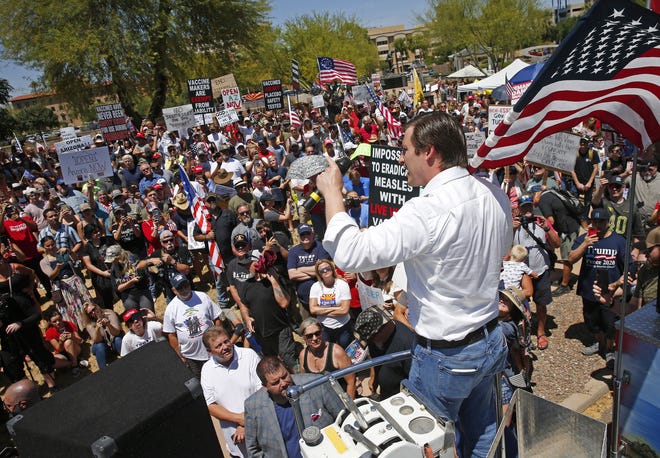 Two businesses and a non-profit with ties to the two U.S. Senate candidates aiming to unseat incumbent Republican Sen. Martha McSally took loans from the federal government’s Paycheck Protection Program, intended to help prop up the economy by infusing more than $600 billion into businesses large and small.

Federal records show that World View Enterprises, Inc., a Tucson-based company that uses balloons to launch lower-altitude “stratollites,” had ties to Democratic candidate Mark Kelly, the front runner in Arizona’s closely watched Senate race. The retired NASA astronaut co-founded the company and then worked as a strategic adviser, a position he left in February 2019.

“Mark has not applied for any PPP loans. Mark left World View well over a year ago so he didn’t know about this loan or have any role in seeking it,” Kelly’s spokesman Jacob Peters told The Arizona Republic.

World View Enterprises received between $1 million and $2 million from the Paycheck Protection Program. An official with the company said the pandemic resulted in furloughs, and the PPP funds were used to minimize the economic impact on employees and preserve jobs