Hundreds turn out to protest abortion law at Alabama Capitol 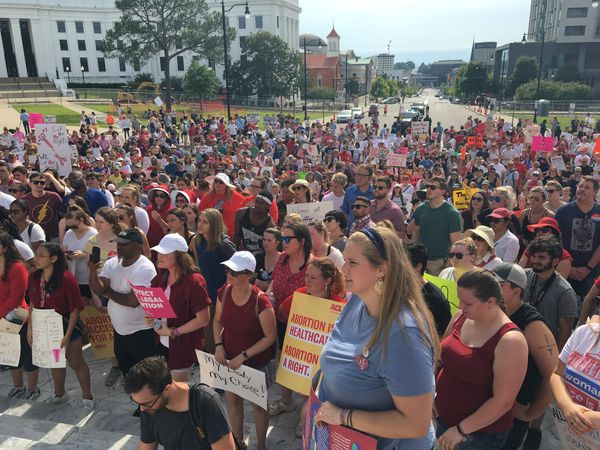 Megan Skipper of Montgomery, one of the organizers, said she was overwhelmed by the turnout for the event, initially announced on Facebook a few days ago.

“We never planned for it to be this big,” Skipper said. “But I think this size shows us that people are mad. And we are the majority. And that abortion rights are human rights and that’s what we want for the state of Alabama.”

Gov. Kay Ivey last week signed into law a bill to make it a felony for a doctor to perform an abortion in Alabama. The law won’t go into effect for six months, so abortion remains legal in Alabama for now. The supporters of the legislation expect it to be blocked by federal courts and say their goal is an appeal to the U.S. Supreme Court to lead to a review of the Roe v. Wade national abortion rights decision.