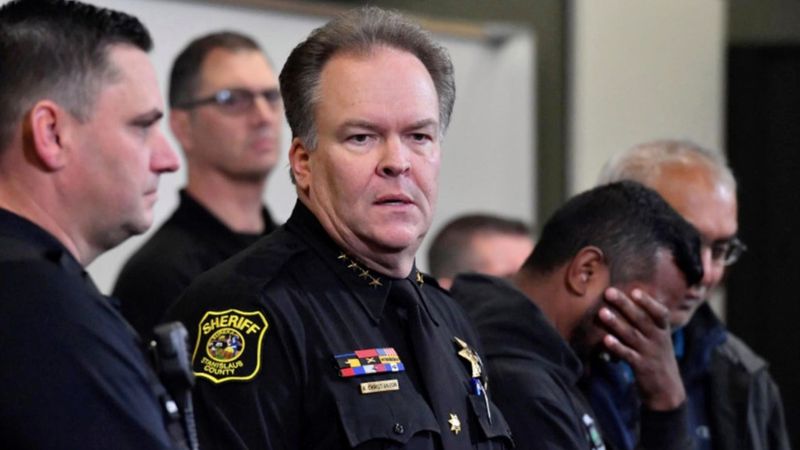 Before releasing the name of the suspect in the death of Newman Police Officer Ronil Singh, authorities released his legal status.

Standing before a battery of reporters and television cameras, Stanislaus County Sheriff Adam Christianson declared: “Unlike Ron, who immigrated to this country lawfully and legally to pursue his lifelong career of public safety, public service and being a police officer, this suspect is in our country illegally. He doesn’t belong here. He’s a criminal.”

The suspect Singh’s death, eventually identified as Gustavo Arriaga, had known gang ties and two prior arrests on suspicion of driving under the influence — and had been living in the country illegally for years.

It was the second time in a month that a sheriff in the rural, conservative Central Valley had angrily criticized California’s so-called sanctuary law after an immigrant in the country illegally was accused of killing someone. But the sheriffs of Stanislaus and Tulare counties, communities with large immigrant populations, struck different tones in the wake of the kind of crimes that the Trump administration often uses as ammunition against illegal immigration.