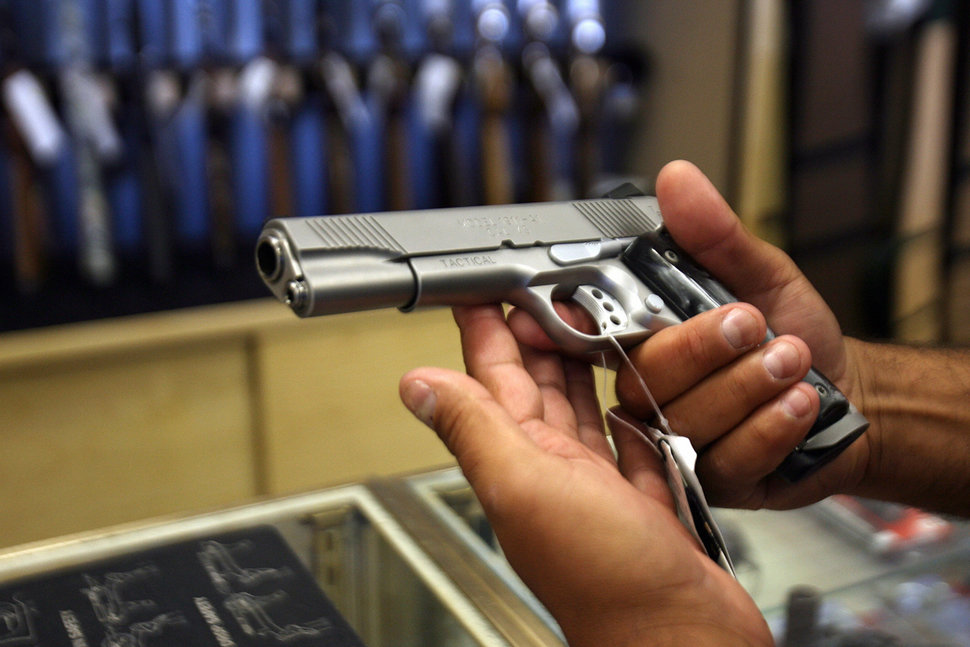 Lawmakers on Monday passed legislation intended to spur sales of so-called smart guns and prevent Gov. Christie’s administration from making it easier to get permits to carry guns.

A third gun-related vote – to override the Republican governor’s veto of a bill that would require domestic violence offenders and subjects of domestic violence restraining orders to surrender firearms – was postponed until Thursday because a Democratic senator was absent.

Monday’s gun votes were largely along party lines in the Democratic-controlled Legislature, with both houses approving a measure that would require gun retailers to sell at least one type of smart gun in stores.

That bill – a version of which Christie vetoed in January – would rescind part of a law that bans dealers from selling any other kinds of firearms once smart guns, which can only be fired by an authorized user, are on the market.