In Spirit Of ‘Civility,’ Group Won’t Put Up Christmas Nativity In Florida Capitol 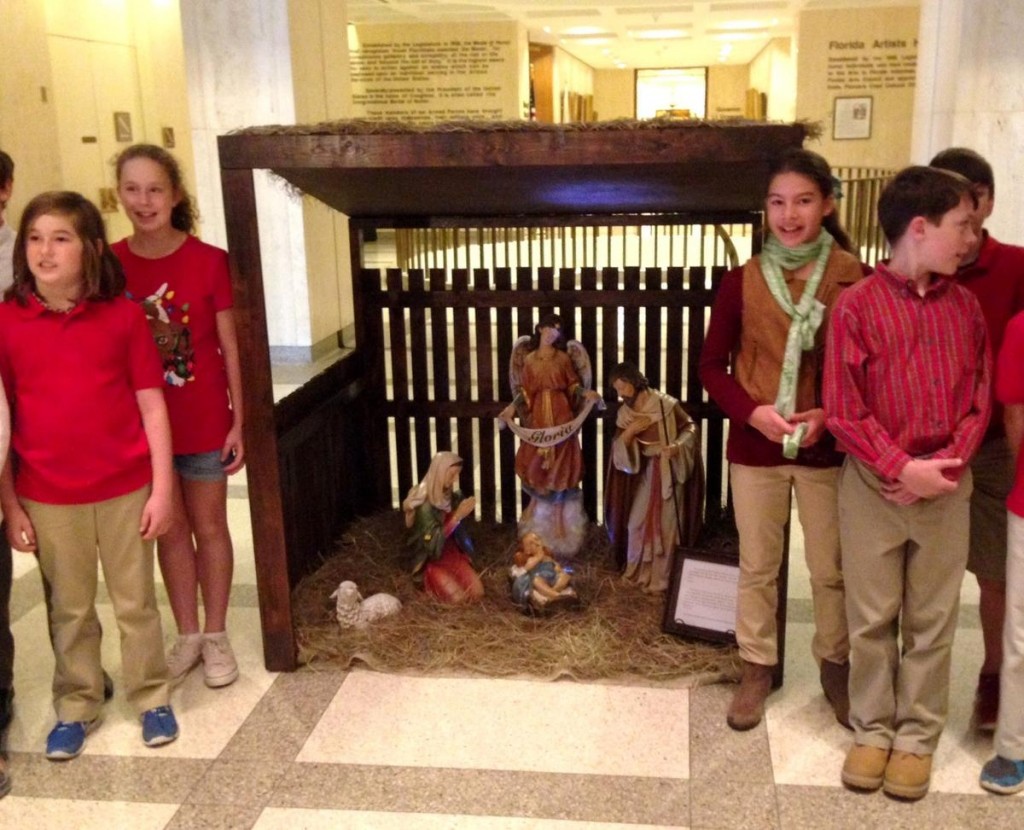 Visitors to the Florida Capitol likely won’t see a Nativity scene this year. They also won’t see a protest display from the Satanic Temple.

However, they could see a menorah. And an irreverent disco ball-topped, multi-colored gay pride festivus pole — built of beer cans — might still be on tap.

A Christian group that has put up Nativity scenes the past two years said Friday it won’t bring a creche to the Capitol rotunda for Christmas. As a result, the New York-based Satanic Temple, which doesn’t really worship the devil but argues for separation of church and state, announced it also won’t put up a display.