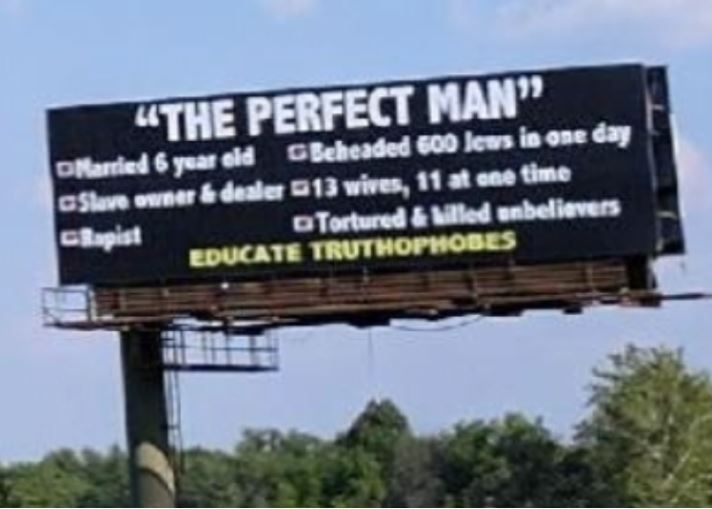 An anti-Muslim billboard disparaging the Prophet Muhammad that can be seen from the southbound lanes of I-465 on the east side is drawing concern from local Muslims.

Now, Islamic leaders in Indianapolis are challenging those responsible for what they say are offensive and untrue statements to stand by their words, shed their anonymity and explain their motivations.

“It is a horrible billboard. I’m outraged by it, but saddened at the same time … and I would like to know who is behind it,” said Rima Shahid, executive director of the Muslim Alliance of Indiana. “It seems very cowardly to me. If you have some kind of stance, you should want to stand up next to your statement. I didn’t think there was any room for hate in our city. This billboard tells me otherwise.

Shahid said the billboard, which she saw on southbound I-465 near the Washington Street exit, was brought to her attention Friday by an anonymous tipster.