‘Intelligent’ Street Lights Will Watch Your Every Move 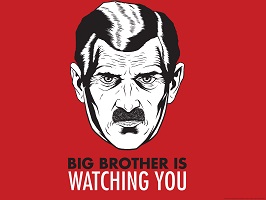 The Jacksonville, Florida, city government is preparing to install more than 50 “intelligent” streetlights under a new General Electric pilot program.

In accordance with the “GE Intelligent City Initiate,” the “data-collecting” LED streetlights will be placed throughout the city’s downtown and surrounding areas.

According to a Thursday morning presentation by GE, the lights will be “interconnected with one another and will collect real-time data,” as reported by the Jacksonville Business Journal.

“GE’s intelligent LEDs are a gateway to city-changing technology, with sensors, controls, wireless transmitters and microprocessors built within the LED system,” GE states.

Once collected, GE’s “Predix software” will analyze the data in real-time, providing the city with an array of information.