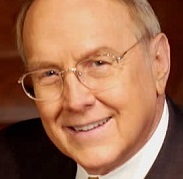 “The heart of what’s happening is an attempt to impose a new morality on all of America,” said Maggie Gallagher, a traditional-marriage advocate for 25 years.

The author of “The Case for Marriage,” Gallagher is co-founder of the National Organization for Marriage and a senior fellow with the American Principles Project.

Homosexual advocates have no interest in a “live and let live tolerance,” she said. “After redefining marriage, the next thing on their agenda is to redefine Christianity.”

Under the new regimen, there will be no difference between man and woman, husband and wife, she said…

Christianity, she said, “will enter a new phase, as a hated minority group.”