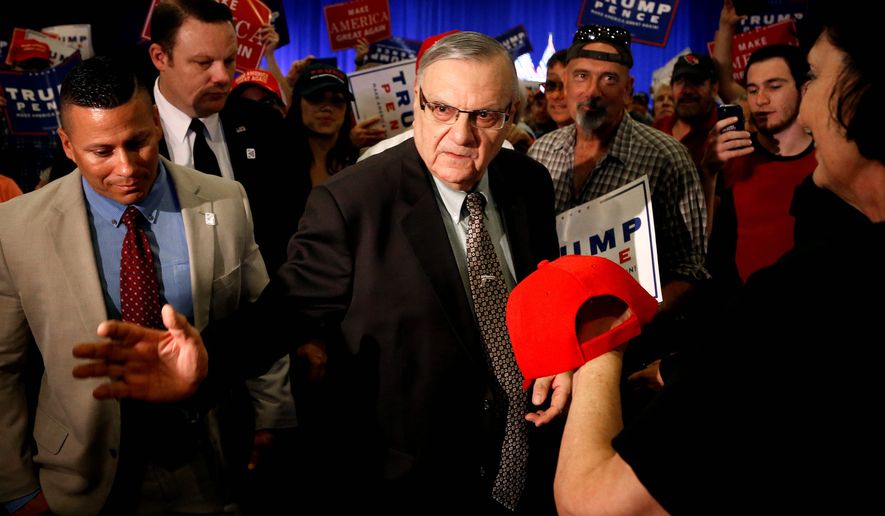 PHOENIX — Maricruz Ramirez can’t even vote, but she’s doing everything she can to get others to turn out on Election Day to defeat Maricopa County Sheriff Joe Arpaio.

An illegal immigrant from Mexico, Ms. Ramirez led a group of immigrant rights activists Saturday as they went door to door, hoping to find young or infrequent voters they could entice to turn out, emboldened by the prospect of taking out the Republican lawman who’s been dubbed “America’s Toughest Sheriff.”

This could well be the year.

After cruising to election in his first five races, Sheriff Arpaio barely topped 50 percent of the vote in a three-way race in 2012, and Paul Penzone — the Democrat who was part of that three-way race the last time — is leading the sheriff in the latest polling this year. In fact, it’s not even close: An Arizona State University/Arizona Republic poll released last week put Mr. Penzone at 45.9 percent support and Sheriff Arpaio at just 31.1 percent.

Some analysts have questioned that poll’s sample — and the timing. It was taken just as the Justice Department announced it was pursuing criminal contempt charges against the sheriff, accusing him of continuing racial profiling against Hispanics despite a court settlement that ordered him to cease.