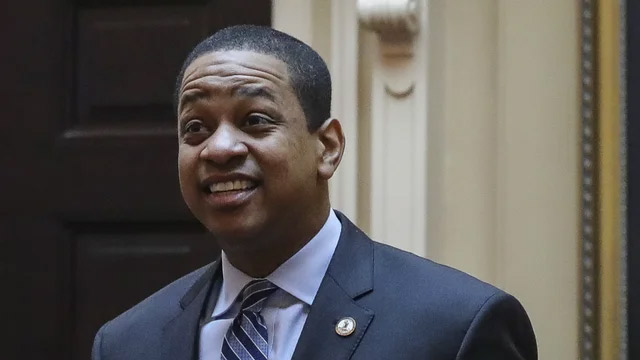 Virginia Lt. Gov. Justin Fairfax (D) announced Saturday that he will run for governor in 2021.

Fairfax made the announcement at the Old Court House in Fairfax, Va. after saying Thursday that he was in the process of filing candidacy paperwork.

Fairfax would be only the state’s second African American governor. State Del. Jennifer Carroll Foy (D) and state Sen. Jennifer McClellan (D), both of whom are African American lawmakers, have also declared their candidacies. Terry McAuliffe, who served as governor from 2014 to 2018, has filed paperwork for another run.

Fairfax has denied both allegations, comparing them to false rape allegations by white women that led to the lynching of Black men. Both of Fairfax’s accusers are Black.

“The voters are incredibly smart. They see through this kind of destructive, politically motivated kind of politics. And they are ready to move to higher ground,” he told The Associated Press this week.

Debra Katz, Tyson’s lawyer, called for a public General Assembly hearing on the allegations against Fairfax, according to the Richmond Times-Dispatch.

“Apparently Lt. Governor Fairfax believes that the citizens of the Commonwealth have forgotten about the serious and credible allegations of sexual assault made against him by Dr. Vanessa Tyson and Meredith Watson and about his deplorable treatment of them after they came forward,” Katz said in a statement.

Fairfax on Sunday is set to speak at Fort Monroe in Hampton, Va., the site where the first slaves arrived in North America in 1619. Rev. Robert W. Lee IV, a descendant of Robert E. Lee and proponent of removing Confederate monuments, will endorse Fairfax at the event, according to the Times-Dispatch.