Kansas is stealth danger for Republican control of Senate

by Naomi Lin I The Washington Examiner
September 11, 2020 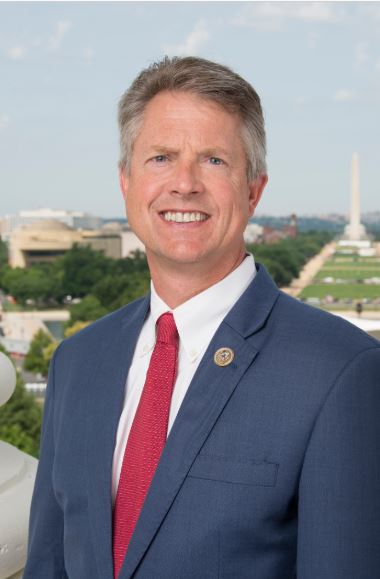 If a Kansas Democrat is elected to the Senate, the party will have likely clinched control of the chamber.

Democrats have Republicans on the defensive across the map as the GOP campaigns to keep its 23 contestable Senate seats ahead of the Nov. 3 general elections.

Republicans have an advantage in Kansas, a traditionally conservative state that’s dispatched a GOP lawmaker to the Senate every cycle since 1938, the country’s longest winning streak.

Yet Democrats aren’t being defeatists in a state where the party has had better luck in statewide gubernatorial races, including incumbent Gov. Laura Kelly.

A poll by left-leaning Public Policy Polling conducted last month shortly after the Republican primary found Bollier trailed Marshall by a single percentage point, compared to a March survey that had the congressman ahead by double digits. A USA Survey poll fielded in August as well also found Marshall was in front by 2 points. (It’s worth noting, though, that Roberts, first elected to the House in 1980, won his fourth Senate term against independent Greg Orman in 2014 by more than 10 points, despite tight polling.)

“Barbara Bollier is running as Chuck Schumer’s candidate, and his financial and political backing is the only thing that has kept her campaign afloat,” she told the Washington Examiner, referring to Democratic spending against Marshall during the primary.

University of Kansas political science professor Patrick Miller said state Republicans and Marshall’s campaign were echoing Rodriguez’s comments. But he described the projected confidence as “odd” since outside political groups were investing millions to boost Marshall.

This week, for instance, the Senate Majority Leader Mitch McConnell-aligned Senate Leadership Fund doled out $5.2 million on a Bollier attack ad. That spend followed a similar group buying $4.2 million worth of airtime last month. Americans for Prosperity Action, a super PAC funded by Charles Koch, too, has promised to splash out on Marshall.

Marshall’s own ads are “extremely negative” on Bollier, Miller added. He cited a spot that premiered Wednesday, which claims Bollier supports a national gun ban by using a clip of her endorsing a countrywide nixing of surprise medical billing.

“Super PACs don’t put money into safe races,” the professor said. “You don’t do an ad like that unless you are trying to develop a lead over your opponent.”

While Bollier has dropped money on negative ads and there had “been talk” of Marshall’s 2008 reckless driving conviction, Miller explained that the senator’s message is more positive, focusing on issues, such as healthcare and the coronavirus pandemic. Whether that strategy’s successful for the former Republican, who’s appealing to centrists, is another question as her rival embraces President Trump, his law-and-order rhetoric, and the like.

“Undecideds do lean, in the most recent poll, they leaned to Trump about 2 to 1,” he said. “It’s going to be easier for Marshall to get those undecided voters that he needs to win than Bollier. That’s just the basic math of that.”

There hasn’t been much independent Democratic investment in “stretch races like Kansas, or Kentucky, or Texas, or South Carolina” for the general elections, according to Miller. He said Democrats had “a lot more promising and obvious targets,” listing Arizona, Colorado, Georgia, Iowa, and Montana.

Democrats require three to four Republican-held seats for a Senate majority, depending on the outcome of the presidential contest.

The Cook Political Report, a nonpartisan election prognosticator, predicts the Democrats’ Alabama and Republican’s Arizona Senate seats will change hands. The GOP’s holdings in Colorado, Iowa, Maine, Montana, and North Carolina, as well as Georgia’s regularly scheduled race, have been labeled “toss ups.” RealClearPolitics has Democrats’ Minnesota and Republicans’ South Carolina in the toss-up category, with Colorado in the Democratic ledger.

A Democratic official pointed to Republican North Carolina Sen. Thom Tillis in particular. The first-term senator’s behind Democratic challenger Cal Cunningham by an average of 3.4 points.

“Thom Tillis has been in hot water after WRAL reported that one of his staffers told a constituent, a three-time cancer survivor, that affording health insurance is like buying a dress shirt — if you can’t afford it, you ‘don’t get to get it,'” the Democrat said.