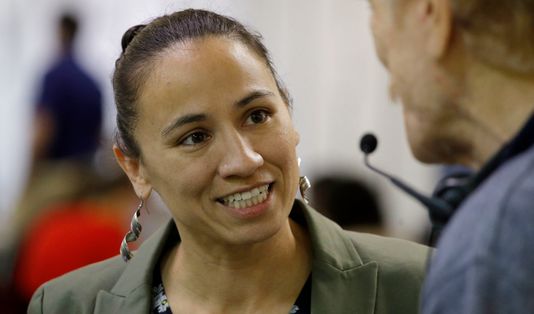 A Kansas Republican official is under fire for a social media post in which he called a Democratic congressional candidate a “radical socialist kick boxing lesbian Indian” and predicted she would “be sent back packing to the reservation,” The Kansas City Star reported.

“Little Ms. Pritchett – you and your comrades stealth attack on Yoder is going to blow up in your leftist face,” Kalny wrote in the Facebook message, according to a screenshot shared by Pritchett. “The REAL REPUBLICANS will remember what the scum DEMONRATS tried to do to Kavanaugh in November. Your radical socialist kick boxing lesbian Indian will be sent back packing to the reservation.”