LA Times: Bloomberg-Sponsored Gun Control and the ‘Californication of Nevada’ 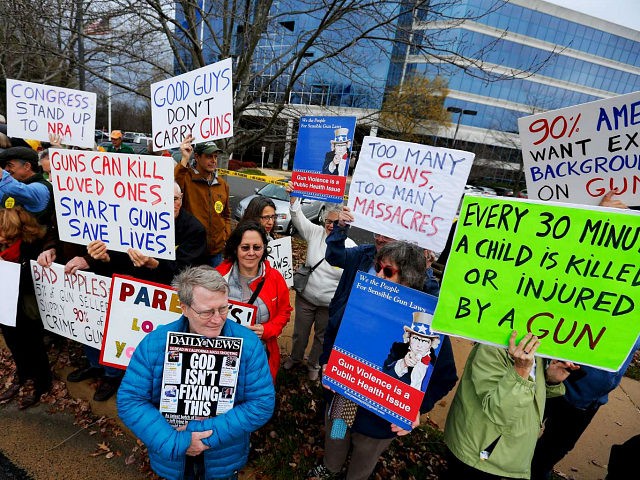 A gun control initiative that would expand background checks to all private gun sales in Nevada also portends something else: The “Californication of Nevada.”
After all, the initiative is not Nevadan in its funding, the “bulk” of which comes from Michael Bloomberg’s Everytown for Gun Safety. Nor is the initiative Nevadan in its conception. Rather, the Los Angles Times posits Nevada as a state chosen by external forces to be “the latest testing site for Michael R. Bloomberg’s attempt to pass a law requiring background checks for gun sales between private parties, including those conducted over the Internet.”

Washington state went Bloomberg’s way in 2014, passing a comprehensive background checks initiative. Yet there have been two mass shootings and a high-profile shooting in Washington state this year alone. On September 23, five innocent lives were gunned down in Cascades Mall in Burlington. On July 30, three innocents were shot and killed at a house party just north of Seattle. In late February, the AP reported a gunman killed four people then himself in Belfair, Washington.

The Washington story is the same story we saw in Colorado, which passed comprehensive background checks in 2013. Yet on Halloween day 2015, a gunman opened fire in the streets of Colorado Springs, killing three before being killed by police. CBS News reported that the Halloween gunman acquired all his guns “legally.” And just over a month later, Robert Lewis Dear opened fire outside a Colorado Springs Planned Parenthood, killing three including a police officer. Comprehensive background checks failed to stop either of these high-profile shootings.

And the Colorado and Washington state stories are ultimately California’s story. California has comprehensive background checks, firearm registration requirements, firearm confiscation laws, and so much more. Yet, they also had two Palm Springs police officers shot and killed in an ambush attack on October 8. Moreover, the state witnessed a June 1 murder-suicide on the gun-free UCLA campus and the San Bernardino terror attack — killing 14 — on December 2, 2015. On May 23, 2014, California witnessed three shot to death and another three stabbed to death in the Santa Barbara attack. Comprehensive background checks were powerless to stop any of it.