Latest Government Figures: The Rich Got Richer And Everyone Else Got Poorer Last Year 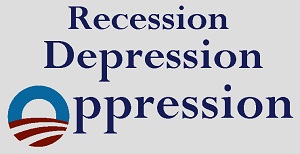 But broken down into quintiles, those in the top 20 percent of incomes saw their money stream grow by 0.9 percent to $166,048 on average.

Every other group lost ground, with the bottom 20 percent losing the most: their average income dropped 3.5 percent to $9,818.

Those losses came despite an economy that was picking up pace and generating well over 200,000 jobs a month last year.

While the majority of incomes fell, consumer spending, which accounts for about two-thirds of US economic activity, rose 1.0 percent on average…