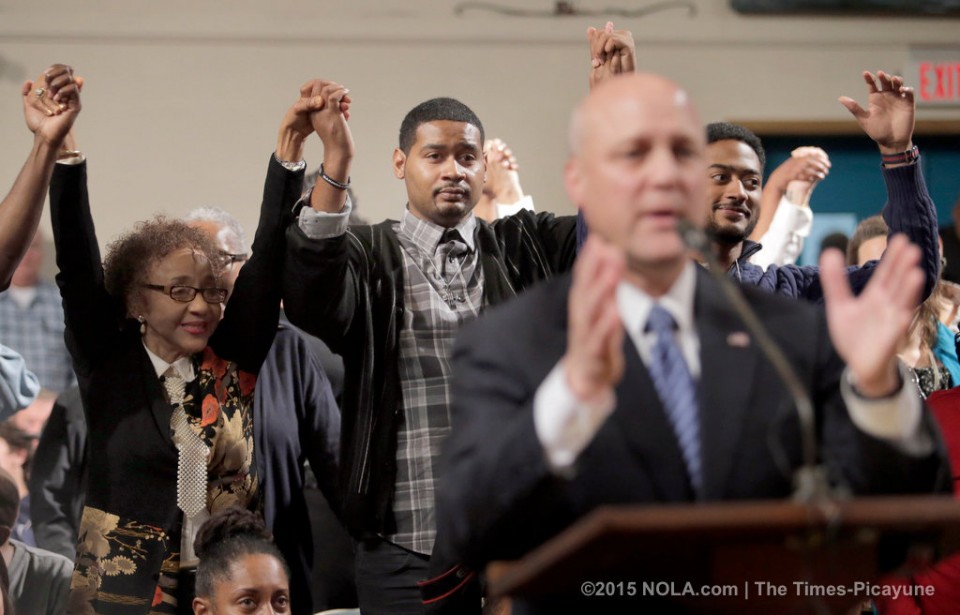 Lee Circle will lose the statue of its namesake after the New Orleans City Council voted 6-1 Thursday (Dec. 17) to remove four monuments related to the Confederacy from their prominent perches around the city.

Besides Gen. Robert E. Lee, statues of Gen. P.G.T. Beauregard at the entrance of City Park and Confederate president Jefferson Davis in Mid-City and the obelisk dedicated to the Battle of Liberty Place at the foot of Iberville Street will all come down.

“The time surely comes when (justice) must and will be heard,” Mayor Mitch Landrieu told the council as he called for the statues to be put in a museum or a Civil War park. “Members of the council, that day is today. The Confederacy, you see, was on the wrong side of history and humanity.”