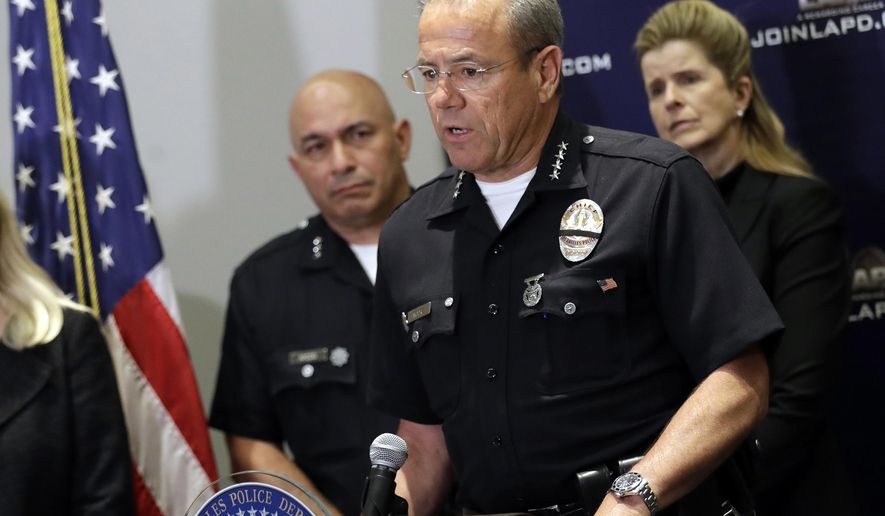 LOS ANGELES — The Los Angeles Police Department has launched an investigation after a recruitment ad went up on the right-wing website Breitbart.

The department tells the Los Angeles Times that such a job listing would conflict with its core values.

Police Chief Michel Moore said Saturday on Twitter that the LAPD did not purchase ad space from the site and is trying to determine whether the posting was meant to tarnish the department’s image.

Critics have repeatedly accused Breitbart of running racist and sexist content over the past decade. They cite articles with headlines such as “The Smartest People in the World Are All Men” and “Data: Young Muslims Are a Ticking Time Bomb in the West.”

A number of advertisers have fled the site recently.

Breitbart spokeswoman Elizabeth Moore issued a statement to the Times saying the company is “one of the most pro-police, pro-law-enforcement news organizations in America.”

Hours after the police chief raised concerns about the job listing that says “Choose your future! LAPD is hiring!” the city’s personnel department issued a statement saying the recruitment ad had wound up on “sites that do not reflect the city’s values.”

City of Los Angeles personnel department spokesman Bruce Whidden told the Times that his agency buys job ads through Google on behalf of the LAPD and other city departments. The department is now reexamining its ad filters, he said.