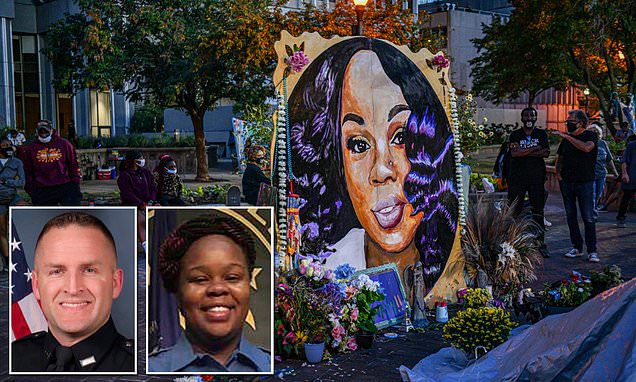 Louisville was virtually deserted Sunday evening amid curfews to control protests after a grand jury declined to charge officers in the fatal shooting of Breonna Taylor.

Mayor Greg Fischer had urged people to begin heading home about an hour before the curfew was set to begin at 9pm as the protesters continued to gather.

Taylor, 26, was shot multiple times March 13 after her boyfriend, Kenneth Walker, fired at officers who had entered her home during a narcotics raid, authorities said. Sgt Jonathan Mattingly, Detective Myles Cosgrove and Officer Brett Hankison burst down the door to Taylor’s home during a ‘no knock’ search warrant.

Kentucky Attorney General Daniel Cameron said Wednesday there was no evidence to support that Mattingly, who was shot, was hit by friendly fire from other officers.

But the ballistics report seems to contradicts that finding, Vice reports. It states the 9mm bullet that hit Mattingly was neither ‘identified nor eliminated as having been fired’ from Walker’s gun ‘due to limited markings of comparative value’.

A crowd had earlier marched in Louisville’s streets chanting ‘Breonna Taylor, say her name’ on Sunday.

The Kentucky city that has seen more than 120 days of demonstrations over the death of the 26-year-old black woman in a police raid gone wrong.

Earlier in the day, people were gathered at Jefferson Square Park, which has come to be called ‘Breonna’s park’ by demonstrators, as speakers condemned the grand jury’s decision, The Courier Journal reported.

As a crowd gathered outside the First Unitarian Church late Saturday, fires were set in a street nearby after 11 p.m. Police said fireworks burned a car, and windows had been broken at Spalding University and Presentation Academy buildings close by.

Some demonstrators were seen with makeshift shields made of plywood. Others took shelter inside the church, which closed its doors around midnight.

As of the 2:20 a.m. tweet, 28 people had been arrested, the police department said. Later, police corrected the number of people arrested to 25.

A previous protest on Friday night was peaceful though police arrested 22 people for curfew violations. A police spokesman said some also were charged with failure to disperse.

It comes amid reports the police officer facing wanton endangerment charges over Taylor’s death was ‘visibly shaking after the shooting’.

Former police chief Steve Conrad, who was also fired over the botched raid, said Det. Brett Hankison immediately feared losing his job in the wake of the incident.

Conrad said he met Hankison at the hospital shortly after the shooting. In an interview five days after the raid he said: ‘You know, not kinda – not scared – not scared but that – that kind of nervous sort of energy that you have after – after something traumatic, you know, happens.’

He said he reassured Hankison, who was worried about losing his job, ‘we’ll work through this’.

Conrad said seeing Hankison at the hospital was ‘so contrary from what I’ve seen in previous officer-involved shootings’, adding: ‘My experience is they are brought to the Public Integrity by, you know, members of – of this unit.’

He said he was initially told that ‘the woman was in fact the shooter’, Fox News reports.

Taylor’s boyfriend Walker said he didn’t know who was coming in and fired in self-defense.

On Wednesday, Kentucky Attorney General Daniel Cameron announced a grand jury indicted Hankison on wanton endangerment charges, saying he fired gunshots into a neighboring home during the raid that didn’t strike anyone.

Hankison has been fired.

Sgt Mattingly and Detective Myles Cosgrove were not charged.

Cameron said the other officers were not charged with Taylor’s killing because they acted to protect themselves.

Taylor’s mother, Tamika Palmer, visited a downtown park on Friday with family and her lawyers, and called on Kentucky officials to release all body camera footage, police files and the transcripts of the grand jury proceedings.

Palmer said in a statement read by a family member that she felt the criminal justice system had failed her. Palmer marched at the head of Friday’s protest march.

Footage – obtained by Vice magazine on Saturday – shows inside Taylor’s Louisville apartment after she was fatally shot.

According to Vice, the Louisville Metropolitan Police Department has ‘insisted’ that no bodycam footage exists of the actual raid itself.

However, they were able to obtain vision recorded by other officers and SWAT team members who responded to the shooting.

The publication shared two short clips, with the first showing an officer threatening to release a barking narcotics dog on Walker as he stands outside the apartment complex.

The footage then shows Officer Hankison and another policeman placing Walker in handcuffs. Walker was charged for attempted murder after striking Mattingly in the leg. The charge was later dropped.

Meanwhile, a second video – recorded on the same night – shows Hankison inside Taylor’s apartment after the shooting took place. Vice claims that is a violation of police investigation procedure.

In the clip, Hankison can be heard asking a SWAT team member about shell casings seen on the ground.

The SWAT officer sounds uncomfortable and orders Hankison to leave the scene.

‘I’d back out until they get PIU in here,’ he states, referring to the Public Integrity Unit, which is responsible for investigating officer-involved shootings. 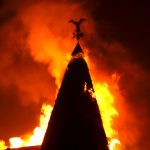 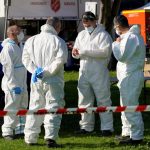 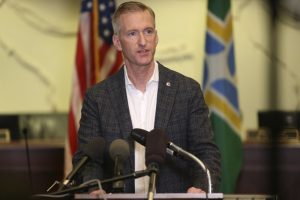 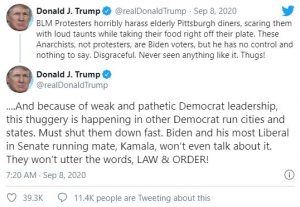 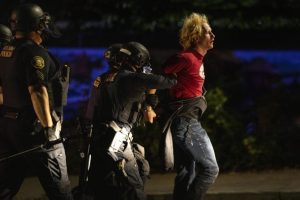