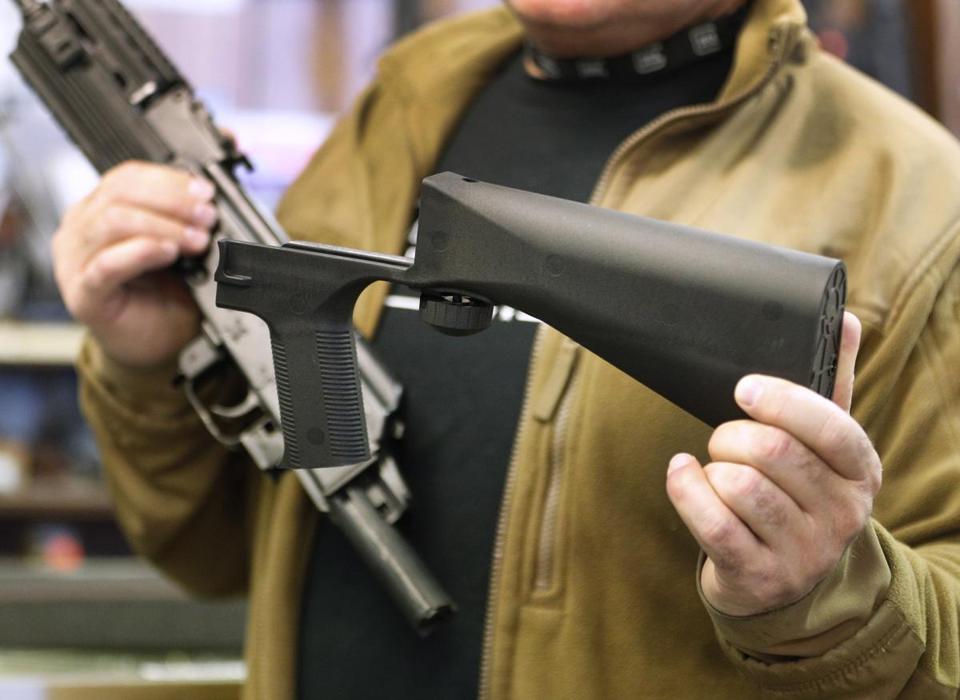 A public hearing on legislation to ban “bump stocks” in Massachusetts will be held Wednesday morning at the State House.

The informational hearing is being convened by Senator Michael Moore, a Millbury Democrat, to gather input from the public and from interest groups, the State House News Service reported.

The House of Representatives last week voted for a ban. The legislation, included as an amendment to a supplemental budget, would ban bump stocks and other devices that increase a gun’s rate of fire, and would forbid people from modifying any gun to increase its rate of fire.

The Senate last week also voted for a bump stock ban in a similar amendment to its own version of the supplemental budget bill.