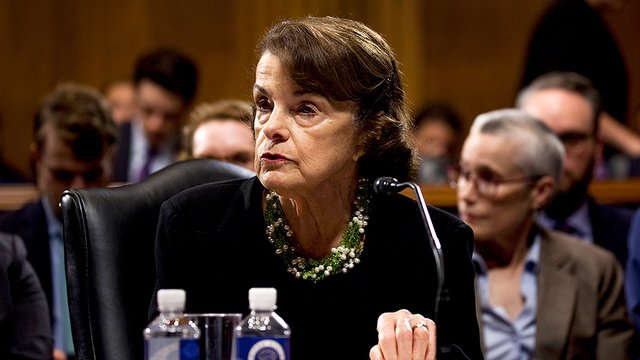 “It raises very troubling ethical question … and that’s why I’m calling today for a special counsel to investigate the conduct of Sen. Dianne Feinstein, her staff and all other relevant party for violating the confidentiality of Dr. Ford and obstructing the work of the Senate Judiciary Committee,” Hawley told reporters on a Monday conference call, referring to the first woman to accuse Kavanaugh of sexual misconduct.

Feinstein, the ranking member on the Senate Judiciary Committee, first received a letter in July from California professor Christine Blasey Ford about allegations that Kavanaugh sexually assaulted her at a high school party in the 1980s.

The California senator has maintained that she didn’t come forward with the letter because Ford wanted it to remain confidential, but Republicans have continued to criticize Feinstein for her handling of that letter. Ford went public with the allegations in September after reports surfaced that Feinstein gave a letter to the FBI.