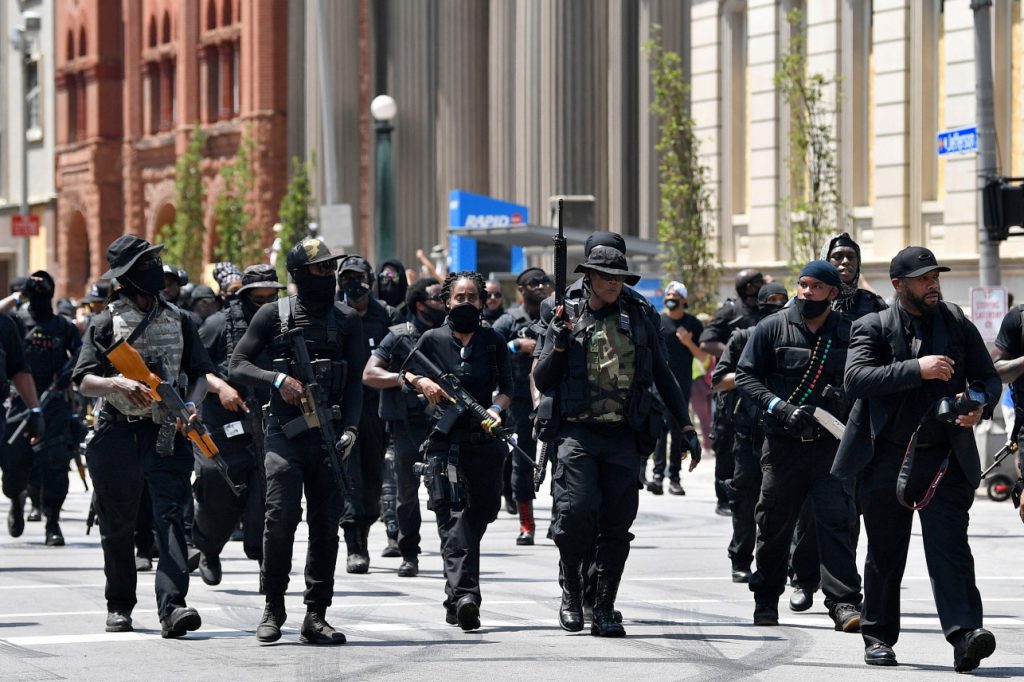 Three members of the black-led pro-gun organization “Not F–king Around Coalition” were struck by friendly fire in Louisville, Kentucky on Saturday while protesting the police shooting of Breonna Taylor, according to reports.

Police attributed the shots to an “accidental discharge.” All three victims managed to survive with non-life-threatening injuries.

The shots came as riot cops worked to maintain separation between the NFAC and a smaller group of right-wing militants known as “Three Percenters,” Daily Beast reported.