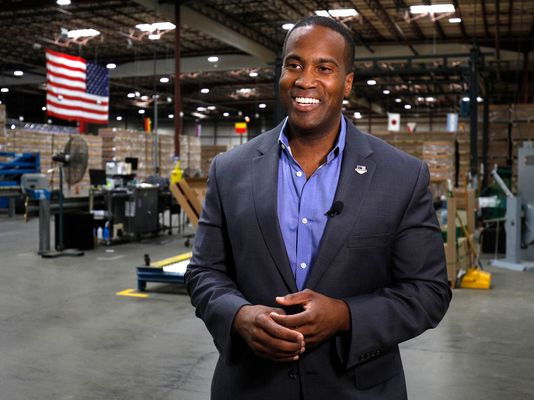 A Michigan newspaper scribe reportedly left a voicemail to Republican Senate hopeful John James’ campaign saying that if he defeats the longtime Democratic incumbent, Sen. Debbie Stabenow, it would “suck.”

“Man, if he beats her … Jesus! F—ing John James. That would suck! I don’t think it’s going to happen though,” Brenda Battel, a reporter for the Huron Daily Tribune, reportedly said in a voicemail to the James’ campaign.

The reporter initially called to organize a post-election interview with the Republican, who’s waging a serious challenge to the Democrat.

“I’m looking to set up an appointment with Mr. James for some time on Wednesday for a phone interview regarding the election results,” she is heard saying according to an audio posted by the campaign.