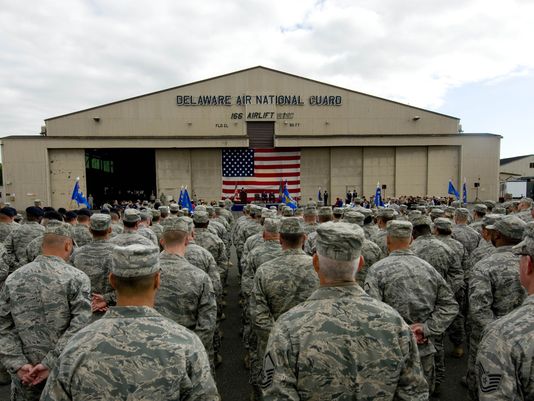 The military has tightened security at New Castle Air National Guard Base in Delaware after unknown suspects apparently tried to probe the base for security weaknesses, counterterrorism and military officials told NBC News.

A Pentagon official said that no specific threat or person had been identified, but the base raised its security level to what is known as Threatcon Bravo, two steps higher than normal.

The precautions under Threatcon Bravo include additional inspections of the base for suspicious packages, tighter checks of incoming mail, random checks of cars and making sure cars and crates are kept at least 80 feet from buildings.

The FBI, the Air Force, the Joint Terrorism Task Force and Delaware police are investigating attempted probes of the base perimeter, including the main gate, once on Monday and four on Tuesday, the officials said.

The probes were conducted by a vehicle or vehicles whose occupants were described as “Mideastern” in appearance, counterterrorism officials said.