Instead, Missouri Republicans picked Rep. Todd Akin, in an upset victory for the Christian conservative who is serving his sixth House term, and who trailed badly according to polling from Missouri.

Akinâ€™s win comes as a surprise. To many observers, it will seem out of nowhere.

Akin, who holds a divinity degree from a Missouri seminary, had begun his campaign with a blunder when he said in June 2011 that â€œat the heart of liberalism really is a hatred of Godâ€â€“a comment made in response to NBC redacting the phrase â€œunder Godâ€ from the Pledge of Allegiance in programming surrounding the U.S. Open golf tournament. AkinÂ offered a semi-apologyÂ a few days later.

PalinÂ cut a TV ad for SteelmanÂ that has aired repeatedly in Missouri since last week. She traveled to Kansas City to campaign with Steelman, who was also backed by the national group Tea Party Express, at a BBQ on Friday.

McCaskill will now run against her evident opponent of choice. Among his GOP rivals, Akin performed worst against McCaskill in possible November matchups tested by Mason-Dixon in the late-July poll. Akin still topped the vulnerable incumbent by five percentage points. McCaskill has run apurported attack ad against AkinÂ that seems designed to boost his conservative credentialsâ€“according to its narrator, heâ€™s â€œMissouriâ€™s most conservative senatorâ€ and a â€œcrusader against bigger governmentâ€ with a â€œpro-family agendaâ€â€“offering him thinly veiled help against the primary field.

Less reliable robo-polls generated a stir around Akinâ€™s momentum this week, but he was still seen as an underdog. 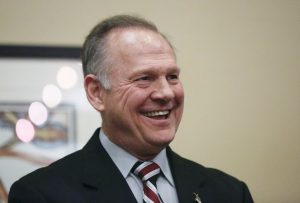 Akin compares McCaskill to a ‘dog’