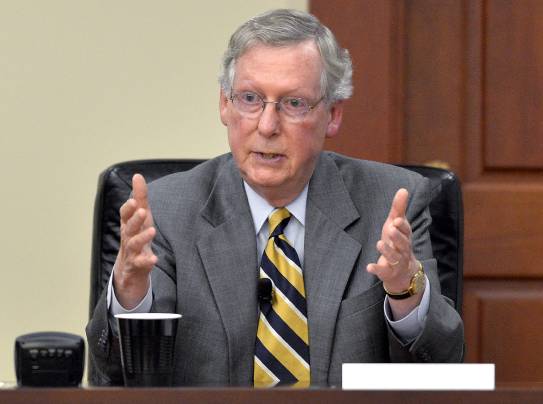 Sen. Mitch McConnell, R-Ky., says he would be willing to repeal Obamacare with a simple majority if he takes over as majority leader in January, his spokesman told the Washington Examiner on Thursday.

The announcement comes just days before Tuesday’s midterm congressional election, in which Republicans have a strong chance of seizing the upper chamber from the Democrats and putting the Kentucky senator in charge.

“Leader McConnell is and has always been committed to the full repeal of Obamacare, and he’ll continue to lead efforts to repeal and replace it with patient-centered reforms that enable greater choice at lower costs. He knows it won’t be easy, but he also believes that if Republicans are fortunate enough to take back the majority we’ll owe it to the American people to try through votes on full repeal, the bill’s most onerous provisions, and reconciliation,” McConnell spokesman Brian McGuire wrote in an emailed statement.