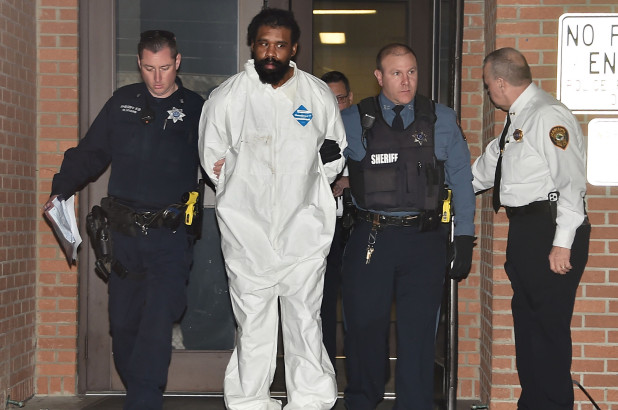 The man accused of using a machete to hack five Hanukkah celebrants is a schizophrenic who is now being investigated in the earlier stabbing of a Jewish man near a synagogue in the same Rockland County town, family friends and police sources said.

The revelations came Sunday as grisly new details of Saturday night’s assault in Monsey came to light — including that accused attacker Grafton Thomas was covered in blood when cops arrested him in Harlem.

Thomas, 38, apparently tried to “destroy evidence” of his guilt, Rockland District Attorney Michael Dugandzic said in Ramapo Town Court, citing a “strong smell of bleach in the car” he was driving.

Thomas, who lives with his mom in Greenwood Lake, Orange County, was ordered held in lieu of $5 million bail after his lawyer entered not-guilty pleas to five counts of attempted murder and one count of burglary in the attack.