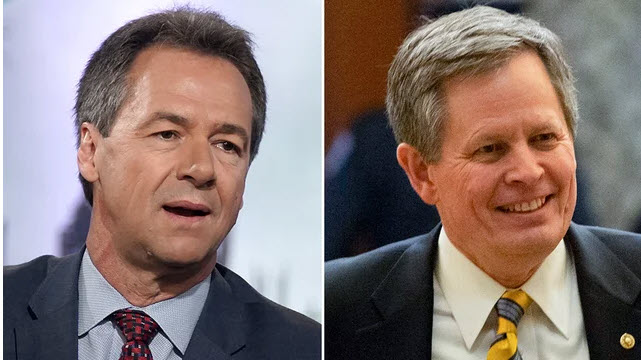 Montana is heading for a high-stakes battle between popular two-term Gov. Steve Bullock (D) and first-term Sen. Steve Daines (R) that could help determine control of the upper chamber.

Though Montana has traditionally voted Republican in presidential elections — handing President Trump a 20-point victory over Hillary Clinton in 2016 — it has split its votes for statewide offices, including electing Democratic Sen. Jon Tester three times.

Bullock has raised Democratic hopes he can win a second Senate seat for them after joining the race once his presidential campaign fizzled out. Polls show the popular centrist governor leading Daines, though it’s still likely to be an uphill battle as the Republican senator has built up a beefier campaign bank account in a race rated as “lean Republican” by The Cook Political Report.

Democrats need to flip a net three or four seats, depending on which party wins the White House in November, to take control of the Senate.