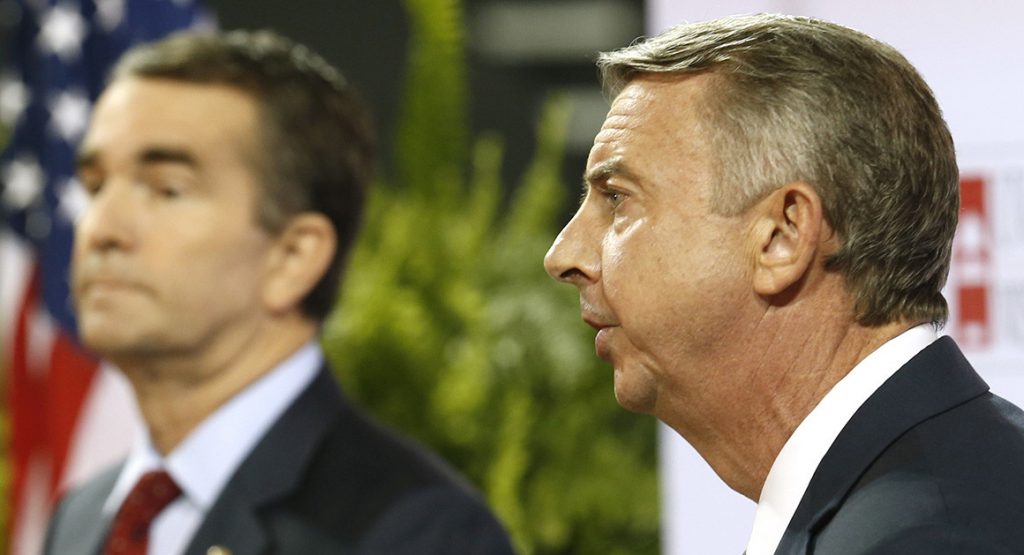 One candidate has linked his opponent to torch-wielding white nationalists. The other implies his opponent supports gun rights for pedophiles.

This year’s Virginia governor’s race, long a gentlemanly affair, is getting ugly. Democrat Ralph Northam and Republican Ed Gillespie have dropped all pretense of civility and are trading increasingly lurid attacks, looking for any advantage in the closely watched contest with nine days until voters head to the polls. Both parties see the race, one of just two gubernatorial campaigns in the country in 2017, as a key opportunity to demonstrate political momentum at the end of President Donald Trump’s first year in the White House.

And so both campaigns — especially Gillespie’s, which trails in most polls — are serving up more and more brutal attacks and volleying back with outrage that their opponent would sink so low.

In one of Gillespie’s most recent TV ads, a young mother proclaims she can’t vote for Northam because he “supports automatic restoration of rights for sex offenders, making it easier for these violent felons to get guns.” The ad references Gov. Terry McAuliffe’s program, supported by Northam, to restore civil rights to felons who have served their sentences. Gillespie’s ad spotlights one man, John Bowen, who had his rights restored after being convicted of a sexual offense with a minor — but later pleaded guilty to possessing a massive cache of child pornography.